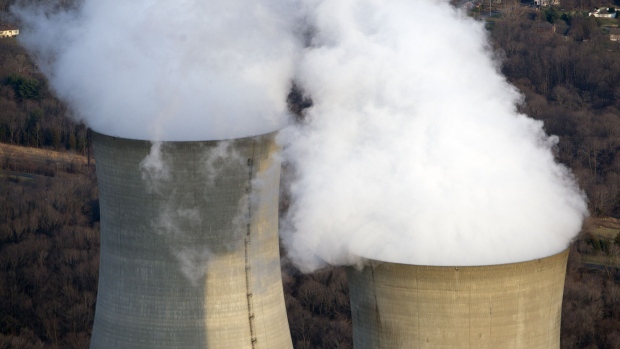 Exelon Corp. is considering a breakup that would involve separating its non-utility assets, according to people familiar with the matter.

The Chicago-based company is working with advisers to evaluate the split, said the people, who asked to not be identified because the matter isn’t public. No final decision has been made and Exelon could opt to keep its current structure, they said.

“As we most recently communicated on our second quarter earnings call, we regularly review our corporate structure and overall mix of businesses to determine how to best create value and position our businesses for success,” William Gibbons, a representative for Exelon, said in a statement.

Exelon’s non-utility operations include 21 nuclear reactors as well several solar, wind and natural-gas generating assets, according to its website. A potential split would leave Exelon focused on the regulated power market, with a portfolio that includes a half-dozen utilities in Pennsylvania, Maryland, Delaware and elsewhere.

Activist investor Corvex Management said last week that Exelon could be worth roughly US$60 a share, and that the company should separate its utility business to unlock that underlying value.

Exelon rose two per cent to close at US$39.98 on Monday, giving the company a market value of about US$38.9 billion.

During the company’s earnings call in August, Exelon Chief Executive Officer Christopher Crane said the company regularly evaluates whether to split up its utility and non-utility assets.

“One thing I can tell you is there’s an annual review on all the non-nuclear assets to see if they propose more value to others than we have projected for ourselves, and that annual review will continue,” he said. “And as we see assets that could perform better in somebody else’s portfolio and we could monetize those assets, we’ll do that.”