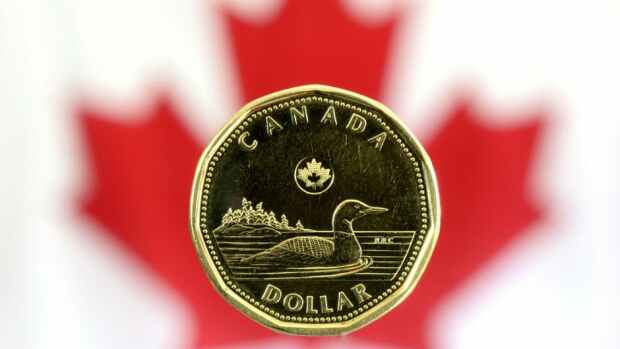 Canadian competitiveness has been top of mind for the country’s business community in recent weeks. From a rising dollar, to uncertainty south of the border, there’s a number of factors that have dampened business confidence for Canada. Here’s a breakdown of four of them, and what experts are saying about them.

The Canadian dollar has been on a tear since June when the Bank of Canada began hinting it would raise its benchmark interest rate. Almost two weeks after the central bank actually raised rates in July, the loonie hit 80 cents US for the first time in more than two years. When the Bank unexpectedly maintained its hawkish stance in September with another rate increase, the loonie rose a full cent. While some have celebrated the elevated currency, not everyone sees it as a positive for Canada’s economy.

“The Canadian economy wants a lower dollar. I think it’s important to find out why the Canadian dollar is moving so much. It’s definitely weakness in the U.S.; it’s not strength in Canada. No one is going to rush to open a factory in Ontario anytime the dollar is at 80 cents.”— Greg Taylor, portfolio manager, LOGiQ

“Many, many countries are afraid of leaving their money in the United States and are changing it into other currencies which is the main thrust under the Canadian dollar as far as I can see, and we’re going to put ourselves outside of the market where we can compete. The most dangerous thing right now is what’s happening with the Canadian dollar because very few export companies have 10 or 12 or 15 per cent margins on their sales and what is happening with the American dollar is something that is universal.” – Stephen Jarislowsky, founder and former president, Jarislowsky Fraser Ltd.

Corporate leaders have voiced their concerns over minimum wage increases in some provinces. At the end of May, the Ontario government announced its plan to hike its minimum wage to $15 an hour from $11.40 by 2019. Albertans will also see a wage hike to $15 from its current $12.20 by 2018. Many Canadian business leaders have said there will be adverse effects on their competitiveness and job growth.

"We find ourselves in the very untenable position of questioning whether we will be able to continue to operate at historic levels in this province… [The proposed labour rules] will make our operations less competitive in the global marketplace, and by extension, make Ontario a less desirable location for future business investment and job growth.” – Marc Neeb, chief human resources officer, Magna International

"The announced minimum wage increase in Ontario will put significant pressure on our industry in 2018. We will strive to mitigate this impact in order to continue on our growth path." – Eric La Flèche, CEO, Metro

“I’m seriously going to have sit down with my kids and think about whether it’s worth going to be an entrepreneur.”  – Bruce Croxon, host, The Disruptors

"They're coming at it from the perspective that they want employees of companies to be treated the same as small business owners, which in of itself is a bit ridiculous ... because the new tax policies they're trying to look at don't recognize the risk that entrepreneurs and small business owners put into their businesses.— Colin McAllister, managing partner, Perspect

With the U.S. Administration vowing to lower corporate taxes to 15 per cent from 35 per cent, tax reform is one of the uncertainties south of the border that could threaten business confidence in Canada if this country is viewed as losing its edge. White House advisers and Congressional leaders will release a tax framework the week of Sept. 25 which will include “core elements” of the intended reform. While the process isn’t expected to be a quick one, experts are still assessing the potential impact on Canada.

“[Canada’s] tax system now is far too high, and it’s at a time when the Americans are thinking of reducing their tax system – and that is going to make us even less competitive.” – Stephen Jarislowsky

"Other jurisdictions are talking about lowering corporate taxes, lowering personal taxes. We have to make sure… our tax policy is competitive. Young people will go where they think they have the highest probability of success,"— Dave McKay, CEO, RBC