Exploring for metals critical to a low-carbon economy - BNN Bloomberg
{{ currentBoardShortName }}
Markets
As of: {{timeStamp.date}}
{{timeStamp.time}} 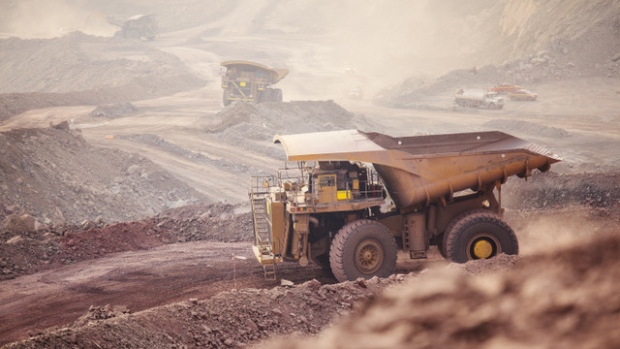 21C Metals is focused on acquiring and developing deposits of production grade metals which are critical components of current and future vehicle technology. , Image courtesy of Market One Media

According to the International Energy Agency, in 2018, there were roughly five million electric cars globally, up two million in just one year and almost doubling the amount of new electric car sales year-over-year.

China is still the world’s largest electric car market, followed by Europe and the United States. With millions of electric vehicles coming into circulation, the need for new batteries is increasing. Fast. All of the new batteries coming to the market will also need to be manufactured in some way or another using mined metals.

Meanwhile, the European Union and China are tightening standards for vehicle emissions, requiring even better exhaust cleaning technologies. With all of this in mind, which battery metals are best suited for producing the cleanest and most efficient batteries?

Metals for today and tomorrow

Canadian mining exploration company, 21C Metals Inc (CSE: BULL, FRA: DCR1, OTCQB: DCNNF), has the answer. The company is well-positioned to thrive in that marketplace, with a proven management team and a pair of promising properties in Ontario and the Czech Republic.

“We are in the business of metals of the future. Demand is going up greatly for palladium, cobalt, copper and nickel because we are transitioning from conventional internal combustion to hybrids and electrics.”

The company’s East Bull Palladium property is located near mining-friendly Sudbury, Ontario. Their recent sampling program illustrates the potential to increase the inferred resource of 11.1 million tons at 1.46 g/t Palladium Equivalent (PdEq) for a total estimate of 523,000 ounces of PdEq.

When 21C picked up the property, palladium was trading at $1,300 an ounce; now it’s increased to roughly $1,700 per ounce. The project currently has a half-million ounces of palladium equivalent inferred, with the potential to increase that to one to two million ounces equivalent with additional drilling and expansion of mining zones.

The East Bull Palladium site is only 80 km outside of Sudbury, which has existing smelters with excess capacity already in place, so the logistics are straightforward and economical, and the mining can be done in an environmentally sensitive manner.

Wayne Tisdale, President of 21C, says there is a shortage of palladium worldwide, and prices are high as it’s the seventh rarest metal in the world. Reuters analysts further confirm this by noting, “Elevated investor interest makes the market susceptible to profit-taking, but dips are likely to be viewed as buying opportunities.” They are forecasting a deficit of 770,000 ounces for the palladium market, which allows 21C to help curb the metal’s rising demand.

The metal is also increasingly being looked at as a way to reduce pollution from ocean shipping, train transport, and other transportation that currently uses fossil fuels. It is a key component in the catalytic converters that scrub emissions to clean vehicle exhaust and is already being used extensively in cars and trucks, with use increasing as tougher emission standards are put in place in China and other countries.

Apart from East Bull, the company’s second project, Tisova, located in the Czech Republic, has numerous high-quality drill targets and boasts strong cobalt and copper potential. This property dates back to the 13th Century and has been mined for copper on-and-off since then. The Czech government mined the site from the Second World War until 1973, after which it fell into disrepair.

21C picked up the property last year. Cobalt has never been mined at the site, but initial sampling and groundwork are showing promising results.

A strong team leading the way

21C was formed last year and was named after the metals they planned to pursue cobalt and palladium. Garry Clark, Director of 21C Metals, notes, “We are in the business of metals of the future. Demand is going up greatly for palladium, cobalt, copper and nickel because we are transitioning from conventional internal combustion to hybrids to electrics.” — Garry Clark, Director, 21C Metals Inc.

“We believe these are the metals for the 21st Century,” Clark says, adding they are currently focused on their Ontario palladium property as prices of that metal are high while waiting on cobalt prices to rise again before doing more work on the Czech property.

21C’s experienced management team has worked together in the past on successful exploration projects. They purchased, drilled and mapped the multi-million-ounce Rainy River gold mine near Fort Frances, Ontario. More recently, the team came together again under the auspices of U.S. Cobalt to permit and drill a cobalt property in Idaho, putting $10 million into the work before selling to First Cobalt for $140 million in 2018. Both projects are still active today.

Clark mentions that raising public awareness of greenhouse gas emissions from thousands of cargo, cruise, and fishing ships, trains, and airplanes are creating pressure to innovate ways to burn cleaner until non-polluting electrical options are created. He sees a near future where consumers will demand information about how products they’re purchasing are transported and will only buy them if that transport has a low-carbon footprint.

“We see that as a big potential going forward,” Clark explains. “We’re going to have to adapt those ships, put some sort of catalytic converter on them, and then there will be electric ships. There are some experimental models out there now. However, they will need palladium if they have catalytic converters, as well as cobalt for the batteries.”

“Cobalt is going to come back strong as hell because it’s the big piece in the batteries,” Tisdale explains. “It is key to modern battery technology.”

“We’re moving to electric, but we can’t push the button and move everything all of a sudden.  That’s where palladium comes in. Before we get to pure electric vehicles, there will be a lot of hybrid vehicles, containing a combustion engine of some sort.”

“Palladium is at the cutting edge,” agrees Tisdale. “What’s happening in Europe at the moment is a mass transition to electric engines, but they don’t yet have enough charging stations. As a result, hybrids are becoming more popular. The other great driver is the standards on car emissions they’re putting in place in China now. They’re buying up every bit of palladium they can get their hands on.”

The story is similar in mines themselves, with underground mining vehicles increasingly running on electric batteries rather than diesel. This is good for workers but comes with new challenges, such as making equipment that operates long enough and has the power needed to do the work underground.

A more sustainable future is on the horizon

The rising challenge to combat climate change and shift into a more sustainable future has resulted in some major milestones for palladium that 21C will benefit from. This year alone, palladium prices have risen 30 per cent and surpassed records at $1,700 per ounce, exceeding the price of gold. With regulations on global emissions strengthening, palladium usage will continue to climb.

The current East Bull Palladium project has permits in place, and exploration is about to begin soon. The company is anticipating a promising future as 21C places themselves at the leading edge of these increasingly important metals.

To learn more about the company’s projects, click here.