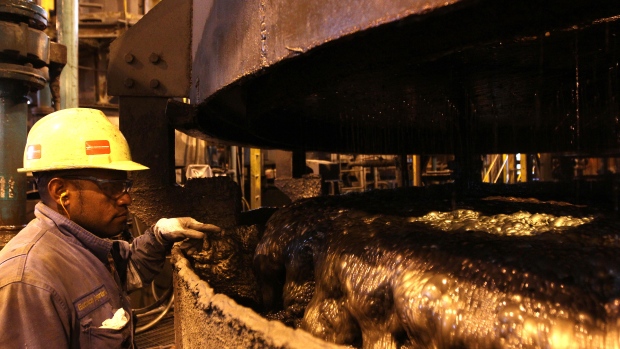 Copper concentrate exports from the Grasberg mine in Indonesia will slump 83 per cent this year as output almost halves due to a shift in mining operations from open pit to underground, a government official said.

Exports of concentrate that’s smelted to make copper cathodes is expected to fall to 200,000 metric tons from an estimated 1.2 million tons last year, Yunus Saefulhak, director of minerals at Indonesia’s Energy and Mineral Resources Ministry, told reporters in Jakarta on Wednesday. Production is set to drop to 1.2 million tons from 2.1 million tons and about 1 million tons will be channeled to a smelter at Gresik, he said.

Freeport-McMoRan Inc., the operator of the world’s second largest copper mine, has previously warned that the imminent shift to mining underground would reduce output before ramping up production to normal levels by 2022.