Exxon Mobil Corp. activist investor Engine No. 1 expanded its presence on the oil giant’s board to three seats, according to preliminary vote tallies, cementing a victory that has reverberated across the energy industry.

The initial counts show the newest nominee from Engine No. 1’s slate elected to Exxon’s 12-member board is private-equity investor Alexander Karsner, Exxon said Wednesday in a statement. The results, which still need to be certified, confirmed an earlier report by Bloomberg News.

The outcome is a coup for Engine No. 1, a new and previously unproven player in the realm of activist investing, which, despite holding a miniscule stake in Exxon, eventually amassed broad support from major institutional holders following a six-month proxy fight.

Furthermore, shareholders went against Exxon and supported the disclosure of political- and climate-lobbying activities. While the votes on those two proposals are non-binding, they represent another remarkable reversal for Exxon, which has previously faced down most investor motions seeking environmental and corporate-governance changes. 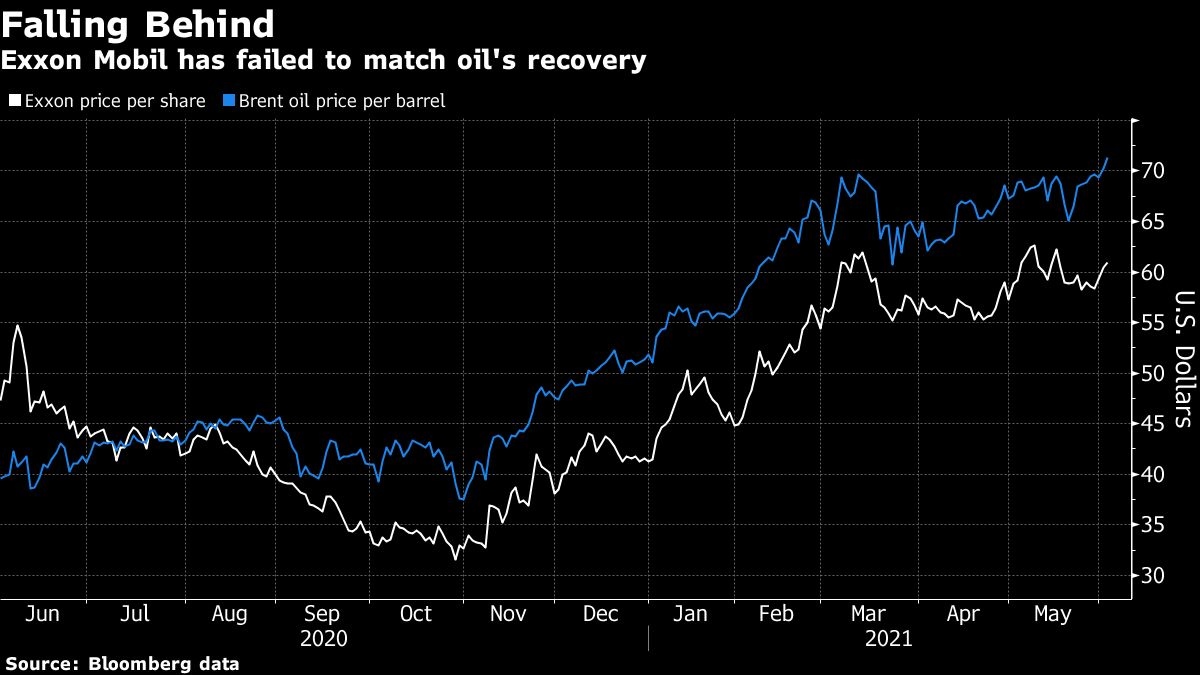 The Western world’s biggest oil company managed to place nine of its nominees onto the board.Chairman and Chief Executive Officer Darren Woods captured about 2.67 million votes, placing him in the bottom half of the field. Lead Director Ken Frazier fared only marginally better with a seventh-place showing.

A third seat for Engine No. 1 caps a months-long proxy fight and provides a coda to last week’s dramatic meeting, which at one point was halted so that the company could have more time to count the votes.

The shift in Exxon’s boardroom may present a crippling blow to the future leadership of Woods, according to Ceres, a coalition of environmentally active investors managing US$37 trillion. Woods told shareholders earlier last month that voting for the dissident directors would “derail our progress and jeopardize your dividend.”

On the proposal to report on Exxon’s climate lobbying efforts, almost two-thirds of votes cast were in favor of the measure.

Investor dissatisfaction with Exxon has largely centered on two issues that are becoming more interlinked: climate change and financial performance. The oil titan envisages a profitable, long-term future for fossil fuels, and sees no point in investing in traditional renewable energy businesses. It also refuses to commit to targets to zero out emissions, unlike European rivals.

In some respects Exxon is in a better position than at the start of the year. Its stock has rallied more than 45 per cent this year as oil prices rebound and pandemic lockdowns ease. Engine No. 1 points to its involvement as the turning point, while Exxon claims the market is rewarding prudent cost-cutting and high-return investments made during the last couple of years.

The three Engine No. 1’s nominees join nine members from the company’s slate, including Jeff Ubben and Michael Angelakis, who were the top vote getters last week and were originally added to the board as part of a pact with another investor, D.E. Shaw & Co.