Exxon, which surpassed its previous quarterly profit record by more than US$3 billion, warned Friday that global energy supplies will remain tight and expensive for the foreseeable future. Chevron, meanwhile, promised investors a massive increase in share buybacks even as it cautioned that the cost of doing business will climb.

Chevron shares jumped as much as 9.5 per cent for the day’s second-best performance in the S&P 500 Index. Exxon rose almost 5 per cent, bringing its year-to-date advance to 58 per cent. 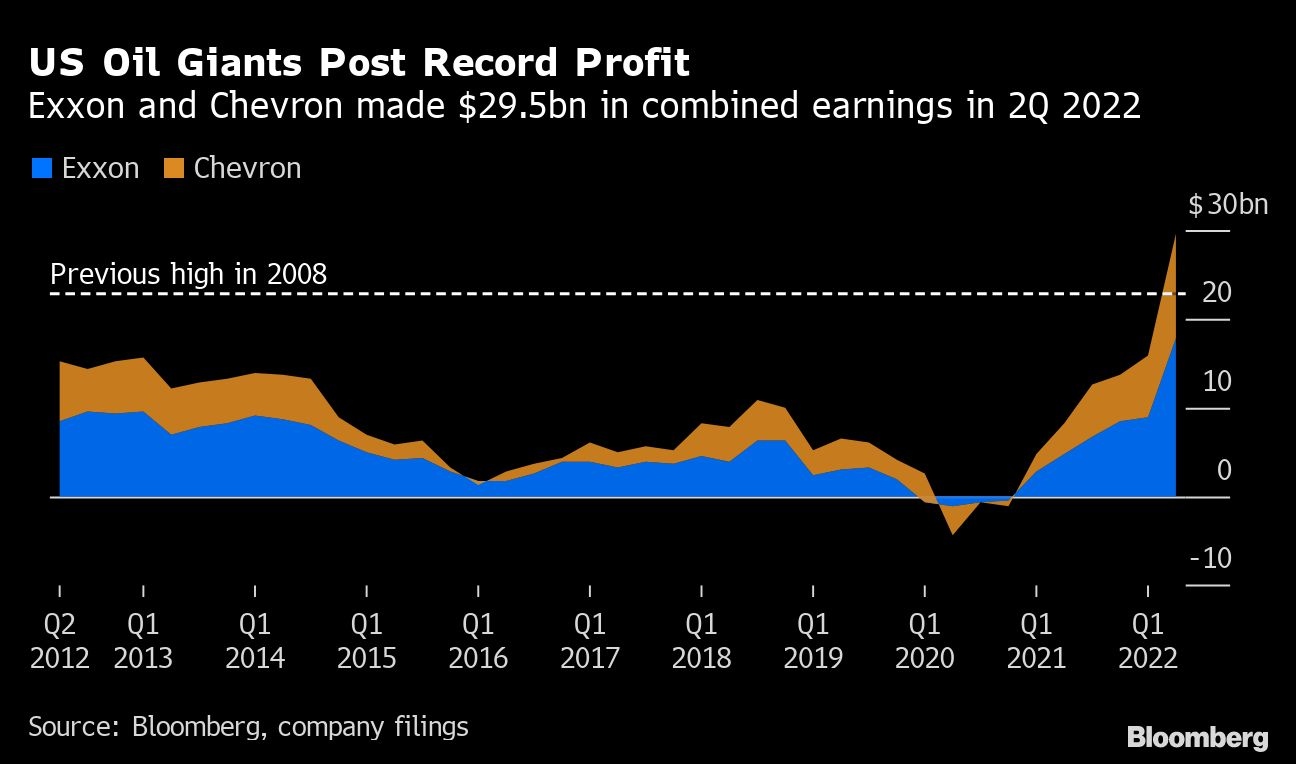 The oil sector’s sky-high profits come at a politically tricky time for an industry accused of profiteering from the fallout from Vladimir Putin’s aggression while failing to invest enough in new drilling. Still, the recent retreat in crude and gasoline prices may provide oil executives with some cover from the backlash they faced in June, when President Joe Biden accused Exxon of making “more money than God.”

With recession fears gathering pace, the second quarter may end up marking the high point for Big Oil this year. International crude prices jumped above US$120 a barrel during the April-to-June period -- a 14-year high -- but have since fallen by about 20 per cent. US refining margins also have deflated somewhat since touching all-time highs, though natural gas prices remain elevated around the world.

What The Analysts Are Saying

“Exceptional capture of refining margins” drove the profit beat at Chevron. “Strong cash flow generation sees further deleverage and has allowed the ceiling of the US$5-10bn share buyback to be raised to US$15bn.”

For Exxon, “the key drivers of the beat were the upstream as well as lower corporate costs relative to our estimates.”

However, Exxon misses free cash flow consensus by US$2 billion, perhaps one reason why it left its buyback unchanged. “We suspect during the call there will be focus on criteria under which XOM would increase its buyback.”

Exxon’s second-quarter adjusted earnings of US$4.14 per share beat the US$3.98 forecast by the Bloomberg Consensus. Net income reached US$17.9 billion, surpassing the previous record set in 2008.

As for Chevron, net income of US$11.6 billion exceeded the previous record set in 2008 by almost 50 per cent. 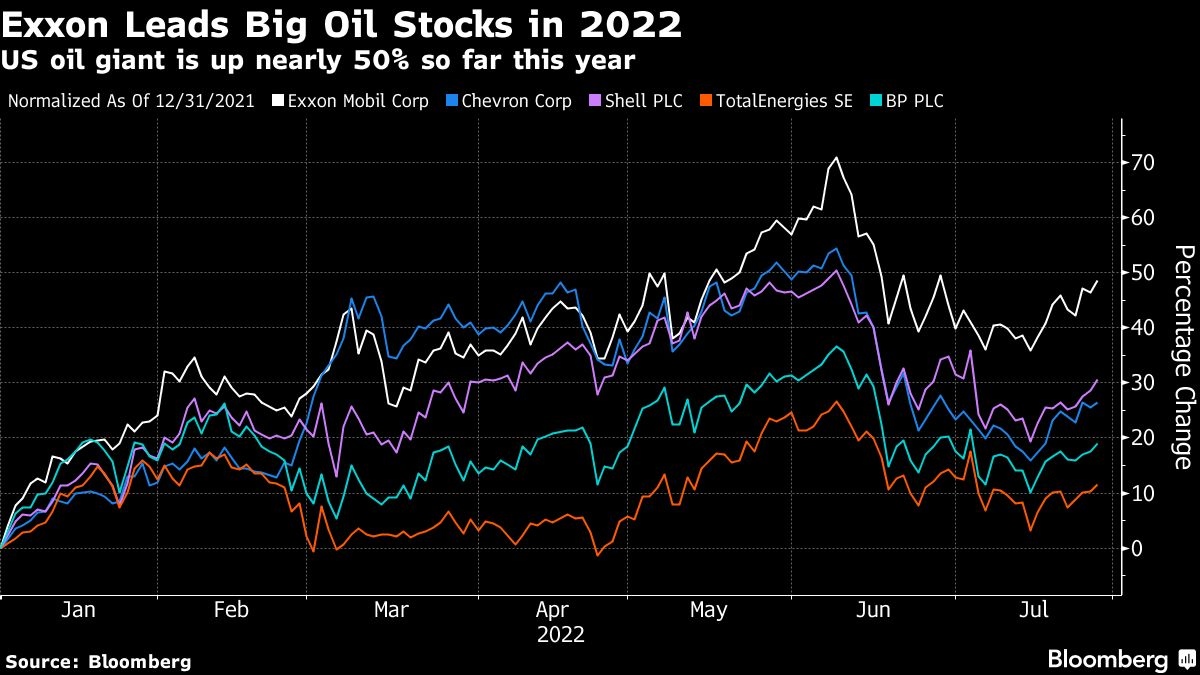 Chevron’s oil and natural gas-producing division led the way with earnings US$8.6 billion, more than double a year earlier. Refining also had a standout quarter, with a fourfold increase in profit.

Chevron’s adjusted per-share earnings reached US$5.82, the San Ramon-based company said in a statement, 86 cents above the Bloomberg Consensus. Chevron pledged to pour up to US$5 billion more into stock repurchases just three months after its last boost.

The sheer scale of Big Oil’s earnings is even a surprise even for analysts who had expected the sector to post a landmark quarter. It also underscores the depth of the energy crises afflicting economies around the world.

Chevron Chief Executive Officer Mike Wirth sought to rebut criticism that the company is profiteering and enriching investors at the expense of consumers.

“We more than doubled investment compared to last year to grow both traditional and new energy business lines,” Wirth said in the statement. “Chevron is increasing energy supplies to help meet the challenges facing global markets,” he said, referencing the company’s strides in lifting oil output in the Permian Basin and acquiring a renewable- fuel maker.

The buyback increase indicates Wirth and his team expect strong cash flow to persist even after oil prices retreated about 20 per cent in the past few weeks. Chevron executives have been adamant that shareholder rewards much be paid consistently through volatile commodity cycles and not pared back when energy prices dip.