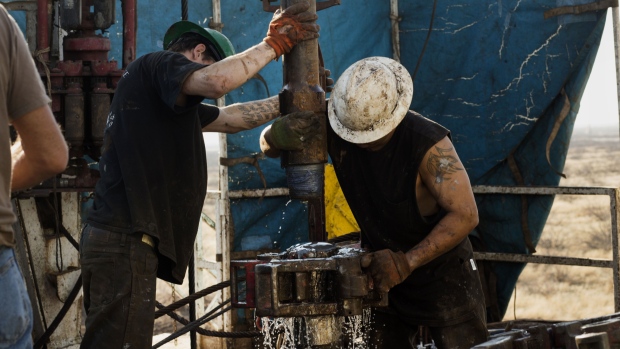 (Bloomberg) -- Exxon Mobil Corp. is partnering with Microsoft Corp. to crunch trillions of bits of data as the oil titan seeks to more than triple shale-oil production in the Permian Basin in less than a decade.

Exxon will use Microsoft’s cloud-computing technology to monitor and analyze the vast amounts of data generated by its sprawling array of drilling rigs, wells, pipelines, refineries and chemical plants, the company said in a statement.

Exxon has homed in on the Permian Basin of West Texas and New Mexico as it struggles with dwindling production in formerly prolific oil provinces such as West Africa. The Microsoft partnership, which could add as much as 50,000 barrels of daily output, marks a strategic shift for Exxon, which historically developed technological tools and techniques in-house.

“We realized that we have to do something fundamentally different from a technology standpoint to enable us to grow to meet those volumes,” Anish Patel, Exxon’s leader on the project, said by phone.

To contact the editors responsible for this story: Carlos Caminada at ccaminada1@bloomberg.net, Joe Carroll, Reg Gale