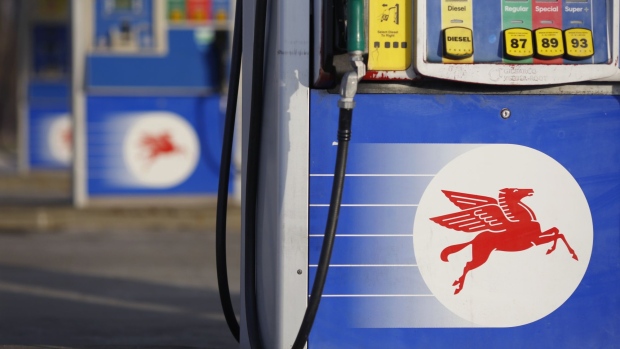 NEW YORK - Profits fell at Exxon Mobil and Chevron warned of tough times ahead as the global pandemic began to erode oil demand.

Exxon lost $610 million in the first quarter, down 126 per cent from the same time last year, the Irving, Texas oil giant said Friday.

Fewer people flew or drove as the world fought to contain the spread of COVID-19, decreasing the need for jet fuel and gasoline. That resulted in oversupplied markets and unprecedented pressure on prices and margins, said CEO Darren Woods.

Despite plummeting demand, Exxon produced 4 million barrels per day of oil, up two per cent from the same time last year.

“While we manage through these challenging times, we are not losing sight of the long-term fundamentals that drive our business,” Woods said. “Economic activity will return, and populations and standards of living will increase, which will in turn drive demand for our products and a recovery of the industry.”

The oil industry was facing stark challenges even before the coronavirus hit, when prices were low because of a trade war between the U.S. and China which contributed to a global economic slowdown. As lockdowns began to spread around the world during the first quarter, oil use plummeted and prices fell. Then Saudi Arabia, in a power struggle with Russia, began flooding the market with oil, pushing prices down even further.

Exxon lost 14 cents per share, falling below the expectations of analysts polled by Factset.

It maintained a quarterly dividend of 87 cents per share, and Woods assured investors that the dividend is a priority for Exxon. “If you look at our shareholder base, about 70% of them are retail or long-term investors that look for our dividend and see that as an important source of stability in their income,” Woods said in a conference call with investors. “So we have a strong commitment to that.”

To take oil off the market, Exxon plans to shut in some wells that are currently producing oil, which would reduce the company's output by about 100,000 barrels per day, Woods said.

Exxon announced in March that it would reduce capital expenditures for 2020 by 30%, reducing spending to $23 billion instead of $33 billion. Those cancelled plans, which include drilling for new oil, will mostly impact next year, when the decline in drilling will reduce oil output by up to 150,000 barrels per day, Woods said. A lot of the work for this year's oil production was already completed, so the reduced spending for exploration will only take about 15,000 barrels per day off the market this year, he said.

Exxon's performance was weaker than its competitor Chevron, and although Exxon is “pulling the right levers to protect the dividend...we think headwinds remain rough,” said Stewart Glickman, energy equity analyst at CFRA, in a note to investors.

Chevron Corp. turned a profit in the first quarter, but the company warned Friday its financial picture is likely to be depressed in the future because of reduced demand caused by the coronavirus.

The San Ramon, California-based oil producer brought in $3.6 billion in profits, up 36% from the same time last year. Its growth was driven by margins in its refining business and increased production in the Permian Basin, CEO Michael Wirth said.

But the boost was also driven by the sale of upstream assets in the Philippines, favourable tax items and foreign currency effects which together totalled $1.2 billion. Chevron's revenues were down 10 per cent to $31.5 billion.

Chevron will pay a quarterly dividend of $1.29 per share. “We're protecting the dividend because we're set up to do so and we've made it a priority,” Wirth said in a conference call with investors.

Chevron said Friday it anticipates capital expenditures of US$14 billion this year, reducing its previously announced plans by up to $2 billion.

The price of a barrel of U.S. benchmark crude fell nearly 70 per cent since the start of the year. During that time Exxon's shares fell more than 35% and Chevron's fell around 25 per cent.