The humbling of Exxon

Exxon Mobil Corp. shareholders voted against separating the roles of chairman and chief executive officer as the oil giant navigates a historic collapse in crude prices.

Just 33 per cent of investors backed the proposal to create an independent chairman position, compared with 41 per cent last year. Proxy advisers Glass Lewis & Co. and Egan-Jones Proxy Services had recommended that shareholders vote in favor of the plan.

Pressure for Exxon to appoint an independent chairman, separate to the CEO, has been building for years. Exxon beefed up the powers of its lead director earlier this year in response to some shareholders’ concerns.

Some investors, such as Legal & General Investment Management and the Church of England, encouraged others to back the split due to what they deem a lack of action and ambition on climate change. The California Public Employees’ Retirement System, America’s largest state public pension fund, and the New York State Common Retirement Fund have also said they support splitting the chairman and CEO roles.

America’s top oil producer is going through one of the most financially stressed times in its modern history after a record plunge in crude prices exacerbated the strain of multibillion-dollar investments to rebuild its operations. In the first quarter, when the oil crash still hadn’t culminated in a shocking dip to minus US$40 a barrel, the company had its first loss in 30 years, forcing it to shut production and retreat on many of its big projects in a bid to save money.

CEO Darren Woods has indicated his willingness to borrow billions of dollars to continue paying Exxon’s mighty dividend, while standing ready to resume growth plans once prices rebound. But some investors question whether the company needs to pivot toward renewables and greener forms of energy, with oil potentially on the cusp of a long-term demise. 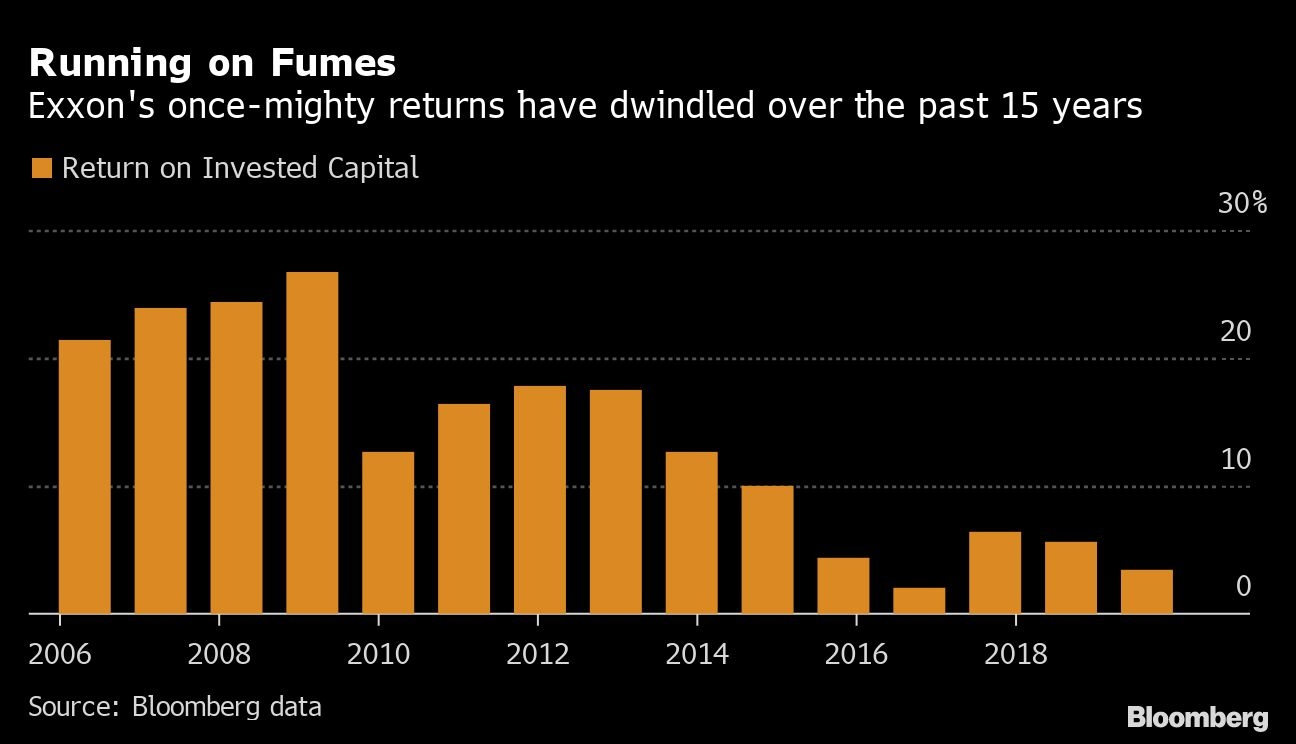