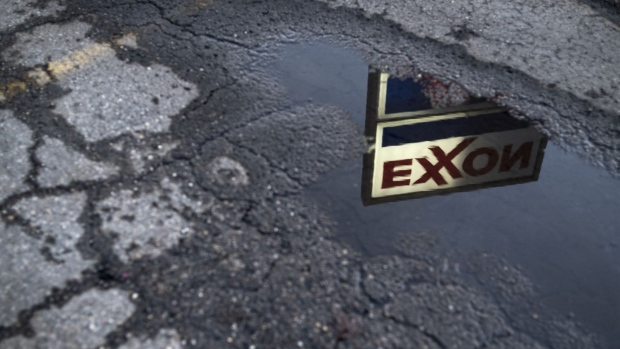 Exxon Mobil Corp. signage is reflected in a puddle at a gas station in Nashport, Ohio, U.S., on Friday, Jan. 26, 2018. Exxon Mobil Corp. is scheduled to release earnings figures on February 2. , Bloomberg

An Exxon Mobil Corp. natural gas well in Ohio released more methane into the atmosphere during a blowout in 2018 than some countries do in a year, according to a team of American and Dutch scientists.

Using data from satellites, the researchers found that a well explosion in Belmont county on Feb. 15 of that year discharged the potent greenhouse gas at a rate of about 80 tons an hour and lasted for nearly 20 days. The end result was more methane in the air than the oil and gas industries of France, Norway and the Netherlands emit over a 12-month period, according to a study published Monday in the Proceedings of the National Academy of Sciences.

“We deeply regret the event occurred and have instituted systematic well design and monitoring procedures to prevent it from happening again,” Exxon said in response to questions. “We are eager to learn more, and our scientists are currently reviewing the study and its assumptions.“

Methane is 84 times more conducive to global warming than carbon dioxide over a 20-year period. All the world’s biggest oil and gas companies, including Exxon, have pledged to reduce methane emissions, which they see as an Achilles Heel for the industry.

Satellites are beginning to track large accidental emissions that until recently remained undetected. A similar study this year unveiled a giant methane plume in Asia.

“Our work demonstrates the strength and effectiveness of routine satellite measurements in detecting and quantifying greenhouse gas emission from unpredictable events,” the scientists said in the study. “In this specific case, the magnitude of a relatively unknown yet extremely large accidental leakage was revealed.”