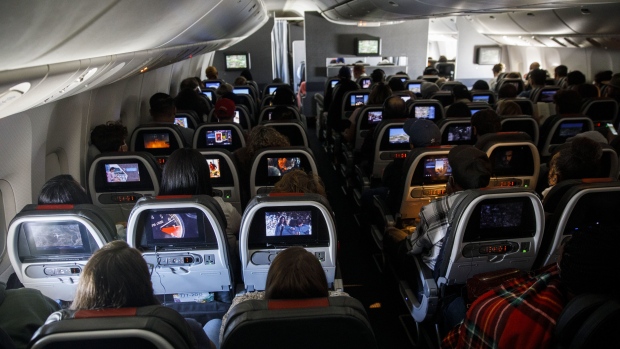 (Bloomberg) -- Citing a surge in unruly passengers, U.S. aviation regulators are calling on the nation’s airports to encourage the police to arrest offenders, and to prevent people from sneaking alcohol on board.

“Every week, we see situations in which law enforcement was asked to meet an aircraft at the gate following an unruly passenger incident,” Steve Dickson, the chief of the Federal Aviation Administration, said in a letter to commercial airports dated Tuesday.

“In some cases, flight attendants have reported being physically assaulted. Nevertheless, many of these passengers were interviewed by local police and released without criminal charges of any kind.”

Dickson asked for the airport managers to encourage the arrest of violators because without the threat of criminal charges, “we miss a key opportunity to hold unruly passengers accountable for their unacceptable and dangerous behavior.”

Cases of so-called air rage, many associated with a federal mask mandate on flights and other issues, shot up in 2021. There have been 3,715 reports of unruly passengers this year, 628 of which prompted FAA investigations.

Dickson also asked for help in preventing passengers from bringing their own alcoholic beverages on a flight, which is prohibited under federal law. Even though many airlines have stopped serving, some airport bars offer drinks to go.

“Our investigations show that alcohol often contributes to this unsafe behavior,” Dickson added in the letter. Airports should post signs and make public service announcements about the law, the agency said. The FAA has produced a video featuring children urging adults to behave on planes.

Laws against interfering with flight crews and assaults can be difficult to enforce. A patchwork of federal and local agencies enforce such laws and the statutes in an airport’s jurisdiction may not apply, according to security experts and former FAA lawyers.

Through July 15 of this year, a dozen people have been charged under federal law with interfering with flight crews -- which carries a penalty of as much as 20 years in prison. That’s roughly comparable to recent years, according to court and Justice Department data.

One recent such case did prompt an arrest. A 22-year-old Ohio man was taken into custody in Miami on July 31 after allegedly groping two female flight attendants and punching a male attendant on a Frontier Airlines plane, according to news accounts and posts on social media.

The case prompted criticism when Frontier initially said it had suspended the flight attendants, prompting the Association of Flight Attendants-CWA union to denounce the action. The airline later said the crew was on paid leave pending an investigation.