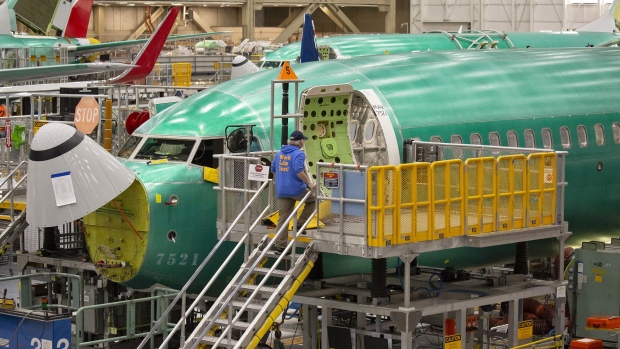 The Federal Aviation Administration’s top official encouraged agency staff to scrutinize Boeing Co.’s grounded 737 Max carefully before approving its return to the skies, no matter how long it takes.

In a video address to agency staff and an internal memo, FAA Administrator Steve Dickson said agency personnel reviewing the 737 Max should take all the time they need to fully validate changed to the plane before flights resume.

“I know there’s a lot of pressure to return this aircraft to service quickly, but I want you to know that I want you to take the time you need and focus solely on safety. I’ve got your back,” he said in a video address seen by Bloomberg.

Boeing shares surged earlier this week after the company said the FAA was on track to certify the jet’s redesigned flight-control software by mid-December, which could allow the company to resume deliveries to the grounded 737 Max once again.

In the memo, Dickson said the FAA’s work on the 737 Max “is not guided by a calendar or schedule.”

Separately, United Airlines Holdings Inc. on Friday said it would keep the 737 Max off its schedule into early March, joining rivals Southwest Airlines Co. and American Airlines Group Inc. that had earlier done the same.

Two 737 Max jetliners crashed in a five-month span killed 346 people. The first, in October, 2018, was a Lion Air flight that went down in the Java Sea. An Ethiopian Airlines jet crashed in Ethiopia in March.