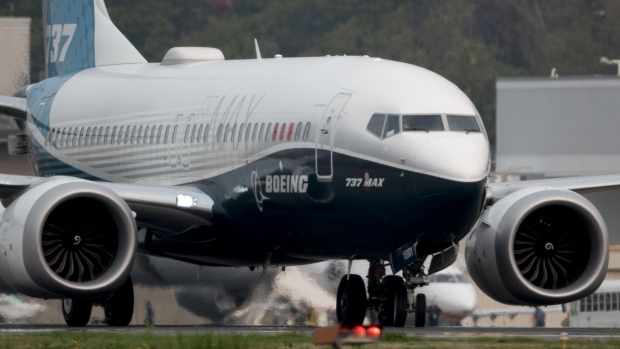 The chief aviation regulator in the U.S. called a test flight of the Boeing Co. 737 Max Wednesday “productive,” but said the agency hasn’t completed its work assessing the fixes needed to return the plane to service.

Federal Aviation Administration chief Steve Dickson, a former airline pilot who is licensed to fly the 737, flew the plane for more than 90 minutes over Washington state. Dickson had promised last year after becoming FAA administrator to fly the aircraft before the agency approves its return to service.

“I like what I saw this morning,” Dickson said at a post-flight briefing in Seattle. “But we are not at the point yet where we have completed the process.”

While Dickson’s flight isn’t required by FAA rules and has no direct impact on the plane’s certification, it marked a symbolic milestone as the company and airlines prepare to resume flights on the controversial plane.

Dickson stopped short of endorsing the jet’s return. He said the controls felt “very comfortable” during maneuvers to test the revised system linked to two fatal crashes, and the training he received left him “very prepared.”

He said he didn’t have trouble manually adjusting the trim, which raises and lowers the plane’s nose if the electrical system is off-line. Pilots in an Ethiopian Airlines crash on March 10, 2019, had difficulty doing so and pilot unions have asked for more training on the process.

At the same time, he also said he had discovered “a few items” that he wants to raise with Boeing and his team oversees the plane’s certification. The unspecified issues have to do with how the proposed new documentation is worded, he said.

The jet, Boeing’s best-selling model, was grounded in March 2019 after two crashes left 346 people dead. A software system implicated in both crashes was redesigned and the FAA is also requiring Boeing to rework potentially dangerous wiring and to revise the design of the plane’s flight computers.

The FAA could give final approval to the fixes soon and is also preparing to release proposed new pilot-training requirements. Other regulators in Europe and elsewhere have said they are also close to approving the plane.

Michael Stumo, whose daughter died in the second crash, blasted the Dickson flight as having “no statistical validity but creates a sheen of product endorsement.”

Asked about the comments, Dickson said, “This is not a publicity stunt” and defended the agency’s attempts to provide Stumo and other family members involved in a lawsuit against Boeing with as much information as is allowed.

“Since I ultimately will be charged with making the decision on this aircraft, before I’m going to sign my name on the dotted line I believe that it is important for me to lead from the front and be here to really see the nuts and bolts of how this process is being completed,” Dickson said.