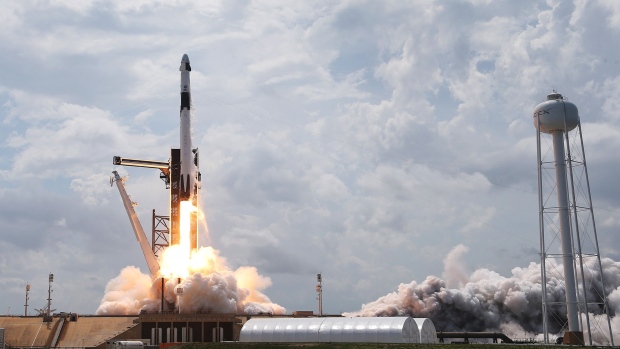 Commercial rocket ventures including Elon Musk’s SpaceX and Jeff Bezos’ Blue Origin should get a clearer path to space under new regulations that oversee non-government launches.

The Federal Aviation Administration on Thursday announced it is replacing decades-old rules as it adapts to rapid growth in the industry to propel satellites and, eventually, private citizens into space.

“This rule paves the way for an industry that is moving at lightning speed,” FAA Administrator Steve Dickson said in a press release. “We are simplifying the licensing process and enabling industry to move forward in a safe manner.”

There have been 26 FAA-licensed launches so far in 2020 and the agency projects that will grow several-fold in coming years.

The new regulations, which take effect in 90 days, will allow companies to use a single license for multiple launches instead of the current system of reapplying each time. The change will reduce the time it takes to review applications, according to a press release.

The rule aims to maintain protections for people and property near a launch site while streamlining the safety review process, which hasn’t been updated for the current generation of rocket technology.

The action was praised by the Commercial Spaceflight Foundation, a trade group that represents dozens of companies involved in building missiles, satellite equipment and the ground infrastructure for launches.

“We are hopeful that this revised regulation takes a significant step in fostering a safe, efficient, innovative, and internationally competitive U.S. commercial space industry,” the group said in a press release.

The FAA oversees space activity that isn’t conducted by the military or NASA.

Rapid changes in technology had prompted the industry to seek revisions to what it considered a cumbersome process to obtain approvals for launches and reentry into the atmosphere.

Even though SpaceX’s Falcon 9 rocket has since 2015 been able to land the bulk of the vehicle after each launch so it can be used again, it never qualified as “reusable” under the old rules, for example.

The public will have 30 days to comment on a series of related, advisory publications that would guide missile makers on safety.