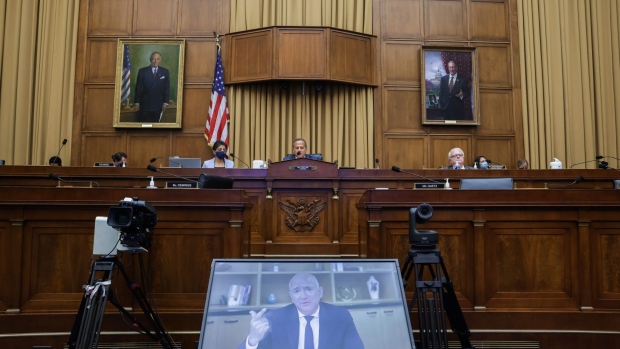 In the late 1990s, when David Boies prosecuted the Microsoft antitrust trial, he told me that despite the thousands of documents, emails and deposition transcripts that were rolled into court each day, no more than 50 were the key to the government’s case. He memorized them and knew right where to find them if he needed them in the middle of a cross-examination.

Of those 50, maybe two dozen were the kind you just don’t forget — bald, vivid illustrations of what the government hoped to prove: that Microsoft was using its monopoly power to squeeze Netscape, the upstart browser company that Microsoft viewed as a potential threat to its Windows monopoly.

“How much do we need to pay you to screw Netscape?” Microsoft founder Bill Gates asked, according to an email recapping a meeting with AOL executives. (He added, “This is your lucky day.”)

In another email, Gates suggested that Microsoft offer Intuit “something like US$1M … in return for switching browsers” from Netscape to Microsoft’s Internet Explorer.

There were plenty of others just like those. Collectively, they showed Microsoft was willing to use every trick in the monopolist’s handbook to “cut off Netscape’s air supply,” to use another memorable phrase that came out of the trial: offering financial incentives to computer makers that stopped pre-installing Netscape; giving away its browser free; leveraging its operating system to favor its own browser over its rival’s.

If you read about the recent hearing before the House Judiciary Committee antitrust subcommittee, you already know why I took this little trip down memory lane. The news articles focused on what was said during the five-hour hearing, both by the lawmakers asking the questions and the four tech CEOs who were answering them — Amazon’s Jeff Bezos, Apple’s Tim Cook, Facebook’s Mark Zuckerberg and Google’s Sundar Pichai.

But the committee also posted on its website a handful of internal emails the companies had turned over. My colleague Tara Lachapelle made the point that the nation’s primary competition law, the Sherman Antitrust Act, was enacted more than 100 years ago and was aimed at then-dominant businesses like railroads. Preventing abusive monopoly practices by today’s dominant technology companies has proved to be difficult in part because antitrust law never anticipated the business models that have made Google, Facebook and others so powerful.

Up to a point, I agree. That’s why a new breed of antitrust thinkers such as Lina Khan (who is working with the Democrats on the antitrust panel) and the economist Hal Singer have developed new ideas for reining in Big Tech.

But the emails suggest that even without passing new laws, a lot can be done to stop Big Tech’s monopolistic practices. There are enough similarities between those old Bill Gates emails and the documents released by the antitrust panel to make me think that a few good old-fashioned lawsuits might well do the trick.

Let’s take a look at what the committee unearthed from Facebook, Amazon and Google, shall we?

“Instagram is eating our lunch,” begins an internal Facebook discussion. “We should have owned this space but we are already losing quite badly. … I find myself checking it far more often than FB mobile. It is a far more focused, compelling way to keep up with what my friends are doing.”

Someone in the discussion responds, “Isn’t that why we’re building an Instagram clone?”

In another email, Zuckerberg considers a different way to deal with the new competition: “Yeah, I remember your internal post about how Instagram was our threat,” he writes to an executive whose name has been redacted. “One thing about startups though is that you can often acquire them. I think this is a good outcome for everyone.” Which of course is what happened: Facebook bought Instagram for US$1 billion in 2012. It was an excellent outcome for Facebook but not so much for anyone who hoped to see competition among social media companies.

“More evidence these guys are our #1 short-term competitor,” read a 2009 email referring to Diapers.com. “As I’ve mentioned to each of you, we need to match pricing on these guys no matter what the cost.” Another email in the same chain read, “They may be giving us a run for our money. We can approach them through the ‘We would be willing to explore a range of relationships’ angle.” In 2011, Amazon bought Diapers.com’s parent company, Quidsi, for US$545 million. (It shut down the brand in 2017).

During the hearing, Democratic Representative Pramila Jayapal confronted Bezos with reports that Amazon used data it gleaned from firms that sell their wares on the company’s platform to favor its own competing products. Bezos responded by saying that while that was against company policy, “I can’t guarantee you that policy has never been violated.”

Most of the Google documents released by the committee had to do with acquisitions — of DoubleClick and YouTube especially — but there was one in particular that caught my eye. It was about “verticals,” in which Google uses its main search engine to promote its own industry-specific products in areas such as travel and local business reviews over those from companies such as Expedia and Yelp. At the time the email was written, the company was trying to decide whether — and how — to start offering verticals.

“What is the real threat if we don’t execute on verticals?”

b) Related revenue loss to high spend verticals like travel.

c) Missing oppty if someone else creates the platform to build verticals.

d) If one of our big competitors builds a constellation of high quality verticals, we are hurt badly.”

Google of course did begin offering “high quality verticals,” and companies such as Yelp have complained to antitrust regulators ever since that Google is using its platform to favor itself at the expense of companies that rely on it for their lifeblood.

Even though antitrust law might need to be amended to clarify what is —and isn’t — acceptable practices by the big tech companies, these emails and documents show that there is already enough evidence to file antitrust lawsuits. “Mergers and acquisitions that buy off potential competitive threats violate the antitrust laws,” Jerry Nadler, who is chairman of the Judiciary Committee, said to Zuckerberg. “In your own words, you purchased Instagram to neutralize a competitive threat.”

Amazon’s practice of losing money on a product to hurt a rival isn’t all that different from Microsoft giving Internet Explorer away free knowing that would make it difficult for Netscape to compete. Google using its platform — a platform thousands of companies can’t live without — to favor itself is also similar to Microsoft behavior the Justice Department viewed as illegal.

Would these lawsuits take years to play out in the courts? Yes. But the common complaint that technology moves too fast for the court system is wrong. Microsoft lost at the trial stage, and although much of the district court’s decision was overturned on appeal, that had less to do with the facts than with the judge, Thomas Penfield Jackson, who had foolishly talked to certain reporters behind the scenes during the trial.

In the end, though, the Justice Department won. In 2001, Microsoft settled with the federal government; more important, its behavior changed. Microsoft ended its abusive practices. Operating systems became less important. Google, Facebook and Amazon were all able to emerge without having to worry about threats from Microsoft.

Google, Facebook and Amazon can also be forced to end their abusive practices. What’s needed is an antitrust department willing to take the companies to court. Thanks to the congressional panel, the evidence is already there.