Tech can still be an attractive sector in a rising rate environment: BMO's Brian Belski

A collapse in shares of Snap Inc. dragged technology companies exposed to digital advertising lower late on Thursday after the owner of the Snapchat app warned that customers are cutting back on ad spending.

Facebook Inc. and Twitter Inc. were among the biggest decliners, with each at one point sinking more than 6 per cent in postmarket trading. Google-parent Alphabet Inc. slid 2.8 per cent. Snap cited customers’ supply chain problems and Apple Inc.’s data collection policies for a revenue forecast that fell short of the average analyst estimate.

This “will create some anxiety around Facebook and other social media companies,” wrote Adam Crisafulli, founder of the Vital Knowledge newsletter. Snap shares tumbled as much as 30 per cent. 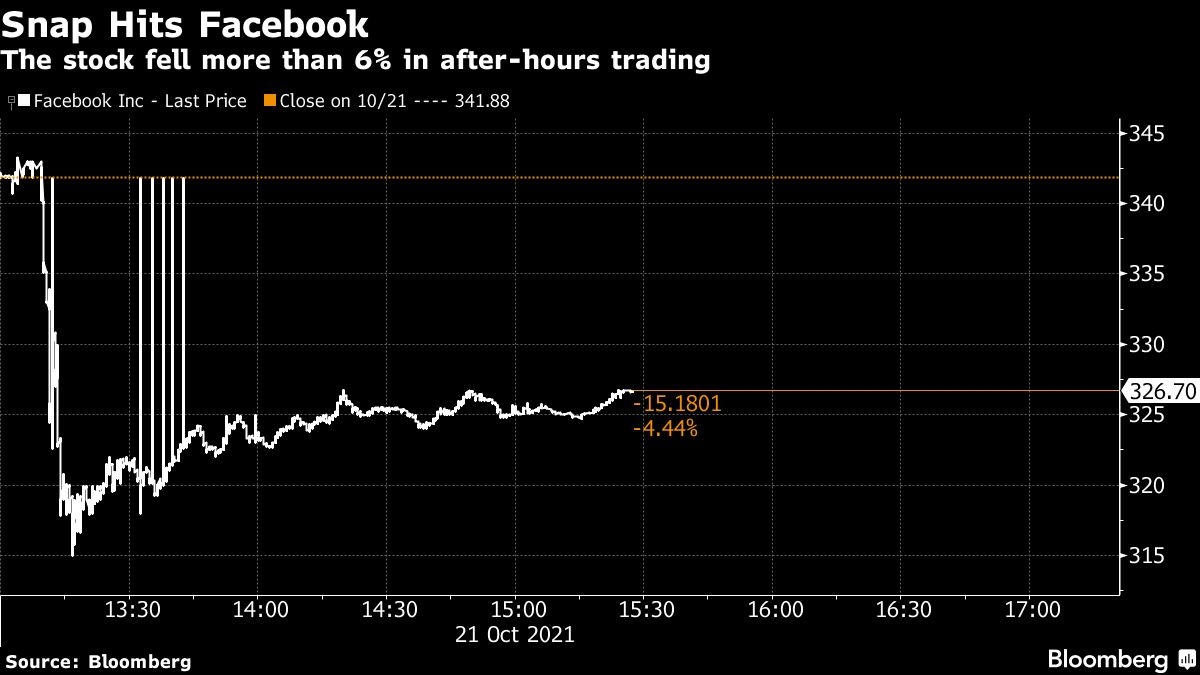 The warning was the latest blow for Facebook, whose shares haven’t rebounded as strongly as peers after a selloff last month amid whistleblower allegations that prompted renewed scrutiny of its services. The stock had fallen 11 per cent from a September record, based on Thursday’s closing price.

Snap’s report also weighed on other parts of the digital advertising ecosystem. Trade Desk Inc., which owns a platform for buying and managing ads, fell more than 5 per cent, while peer PubMatic Inc. dropped 4 per cent.

Pinterest Inc., which rallied this week on a report that PayPal is exploring a purchase of the company, also fell in after-hours trading, declining more than 2 per cent.