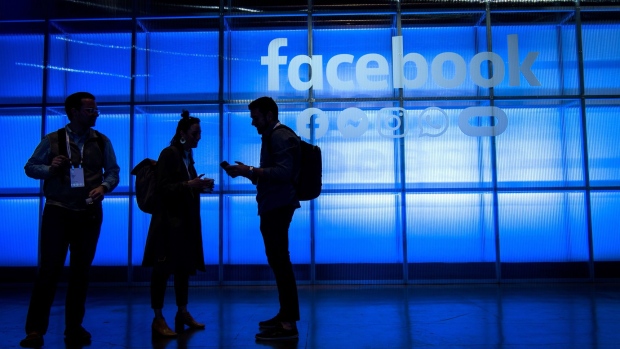 Attendees stand in the demonstration room during the F8 Developers Conference in San Jose, California, U.S., on Tuesday, April 30, 2019. Facebook Inc. unveiled a redesign that focuses on the Groups feature of its main social network, doubling down on a successful but controversial part of its namesake app and another sign that Facebook is moving toward more private, intimate communication. , Bloomberg

One of Facebook Inc.’s newest analysts came out of the gate with a harsh warning that regulatory risks have the potential to wipe out more than a quarter of the stock’s value.

Citigroup transferred coverage of Facebook to analyst Jason Bazinet, who told clients that the company “likely” faces three long-term threats from the U.S. government: being forced to unwind the Instagram acquisition, having to offer a fully private service to paying customers and complying with potential new U.S. rules mirroring the EU’s General Data Protection Regulation. These risks collectively could shave US$55 to US$60 from the share price, or about 30% of its current value, Bazinet warned.

While it’s not certain that all of these actions will be taken, the “risks are unlikely to be resolved in the next 12-24 months,” Bazinet said. Despite the regulatory overhang, Citi still recommends buying the shares and views analyst estimates for 2020 and 2021 as too low. The bank has a risk-adjusted price target of US$240, matching the median of analysts surveyed by Bloomberg.

While regulatory risks aren’t a new topic for Facebook investors, most analysts have downplayed the chances that U.S. lawmakers would take significant action against the social-media company despite increased Congressional scrutiny. Only two analysts tracked by Bloomberg recommend selling Facebook shares, compared to 47 buy ratings and six neutrals.