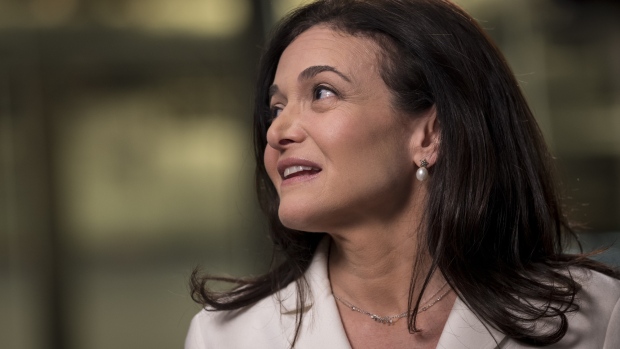 Facebook Inc. is negotiating with a key congressional committee for Chief Operating Officer Sheryl Sandberg to testify as soon as next month, people familiar with the talks said, amid questions about the social media giant’s market power and its plans for a digital cryptocurrency called Libra.

Sandberg is expected to appear at a hearing as soon as late October, but officials are still negotiating the details with the House Financial Services Committee, the people said. It’s possible the hearing could slip to later in the year, one of the people said.

Sandberg’s appearance would follow July hearings with Facebook executive and Libra co-creator David Marcus, who faced sharp questions from House and Senate panels on whether Facebook could be trusted to create a cryptocurrency and whether Libra might be used for nefarious purposes. The discussions are taking place as the social media giant is facing questions about its market power and its plans for a digital cryptocurrency called Libra.

Facebook announced in June it’s trying to create a new cryptocurrency using similar technology to that of Bitcoin, saying it would lower the cost of payments and money transfers. The company helped form a new organization, called the Libra Association, that’s incorporated in Switzerland and would manage the currency. While Facebook would be a member of the association, it said it will have no more power over decisions regarding the currency than other companies and nonprofits that join. So far, the association has 27 other intended members, including Visa Inc., PayPal Holdings Inc. and Uber Technologies Inc.

Blowback to the plan was swift. Federal Reserve Chairman Jerome Powell said Libra could pose a risk to the financial system. House Financial Services Committee Chairwoman Maxine Waters, a California Democrat, said the company should immediately stop work on the currency. The French and German finance ministers said they would block the project.

During a visit to Washington earlier this month, Facebook Chief Executive Officer Mark Zuckerberg at a dinner promised senators that the currency wouldn’t launch without U.S. regulatory approval.