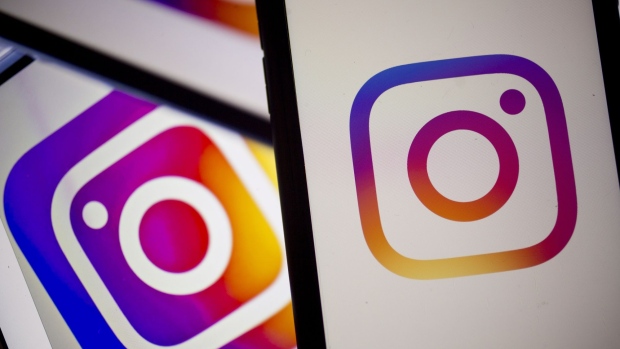 The Facebook Inc. Instagram logo is displayed on an Apple Inc. iPhone in an arranged photograph taken in Arlington, Virginia, U.S. on Monday, April 29, 2019. Bloomberg

For some, the reprieve from Thanksgiving gatherings has finally come -- Facebook and Instagram are up and running again.

Facebook Inc., which owns Instagram, said it resolved an earlier issue with its central software system that prevented users globally from accessing its family of apps on Thanksgiving Day.

“Earlier today, people may have experienced trouble accessing Facebook’s family of apps,” it said in a statement. “We are back to 100% for everyone,” it said, offering an apology.

Users in several countries had reported issues with Facebook’s platforms earlier on Thursday.

#Instagramdown was the second-most trending topic on Twitter worldwide with complaints from users in countries including the U.S., which is celebrating its Thanksgiving Day holiday, the U.K. and Brazil. Instagram tweeted it’s up and running five hours after it first confirmed the issues.

Gobble gobble, we back. We apologize for the inconvenience and wish a #HappyThanksgiving to those who celebrate! pic.twitter.com/nUl0fq9bup

It is not the first time the social media company has had connectivity problems. In July, a routine maintenance was followed by issues uses faced uploading or sending photos and videos.

--With assistance from Nate Lanxon.