For analysts and financial journalists, it’s the acronym that’s been unavoidable for the past five years: FAANG. Now, its usefulness is in deep danger.

The F, Facebook Inc., is changing its name to Meta. And all of Financial Twitter wants to know what comes next. MANG? MAANA? MANGA? Spell out the acronym using Facebook’s new logo and you could get a tropical fruit. 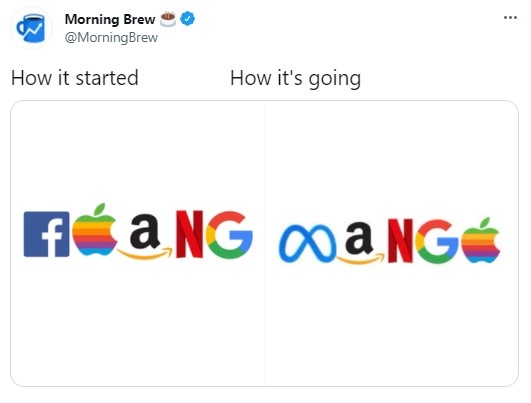 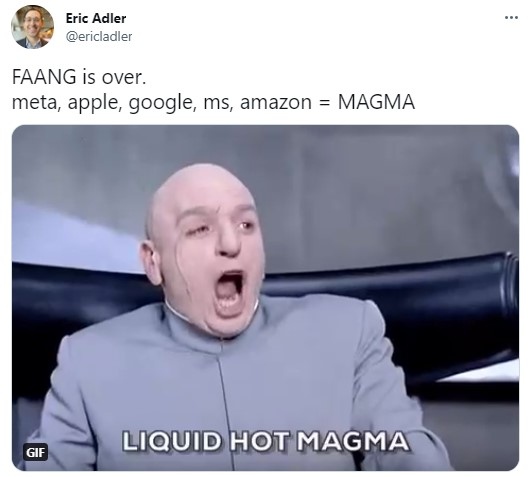 There’s precedent for the moniker to stick around as a useful shorthand for the largest tech companies even when its members aren’t being discussed. The G, erstwhile Google Inc., remained long after its name changed to Alphabet Inc.

And Netflix Inc., the N, is rarely included in any discussion of the megacap tech. That distinction usually goes to Microsoft Corp., whose M never was able to quite crack the mashup of letters, save for a few attempts at the clunky Faamg. One user proposed dropping Netflix and replacing it with a larger capitalization company: Tesla Inc.

At least one account reminded the twitterverse that MANGA stands for comics and graphic novels.