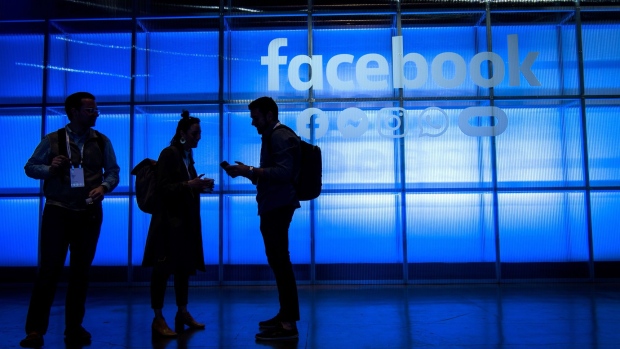 Attendees stand in the demonstration room during the F8 Developers Conference in San Jose, California, U.S., on Tuesday, April 30, 2019. Facebook Inc. unveiled a redesign that focuses on the Groups feature of its main social network, doubling down on a successful but controversial part of its namesake app and another sign that Facebook is moving toward more private, intimate communication. Photographer: David Paul Morris/Bloomberg , Bloomberg

Germany’s Federal Court of Justice said that the cases are governed by the law at the time of the initial dispute -- predating the revamped European Union data privacy legislation that took effect in May 2018. Facebook had argued the new EU rules allow the platform to make customers use their real names.

A Meta spokeswoman said the ruling is based on an outdated legal framework.

“Facebook is a platform where people connect under their real names,” she said. “Real names add the authenticity on the platform.”

The social media network told the two users in January and March 2018 its terms don’t allow them to have accounts under fake names. They both sued but lost in a lower court which said the EU regulation in May 2018 changed the situation. The top court judges now toppled these decisions, saying the law applicable at the time allowed fake account names as long as Facebook knows the real identity of the users.