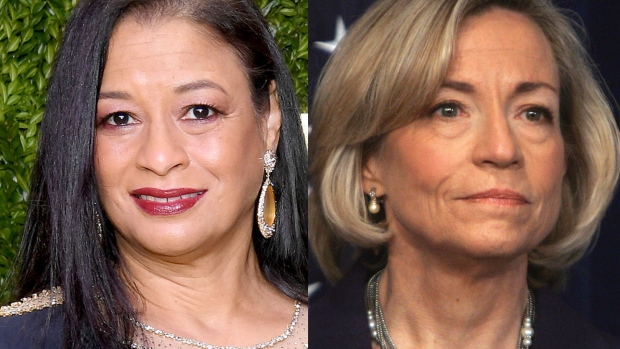 The addition of the two women, announced in a statement Monday, makes Facebook’s board 40% female. Fewer than 10% of companies in the S&P 500 have reached that level of gender representation, according to data compiled by Bloomberg. Adding Travis also means the board has two black women.

The directors are joining the technology giant at a time of turmoil, as regulators and lawmakers question whether the company has monopoly powers and whether its advertising business relies too much on users’ personal data. Facebook’s 10-member board still has little control over the direction of the company, where Chief Executive Officer Mark Zuckerberg holds the majority of the voting power.

“The next few years are likely to shape the internet for generations to come and I hope to contribute to Facebook’s efforts to be a responsible force for good in the world,” said Killefer, who retired from McKinsey in 2013 and has also worked in government, in the U.S. Department of Treasury and Internal Revenue Service.

Travis, whose experience in the retail industry could help Facebook understand the needs of advertisers, said she was optimistic that the Menlo Park, California-based company could indeed “change our world for the better,” according to the statement. “Building community has never been more important and is fundamental to Facebook’s mission.”

Travis and Killefer join Facebook’s Chief Operating Officer Sheryl Sandberg and PayPal Holdings Inc.’s Peggy Alford on the board that is otherwise made up of men mostly from the tech industry, including investors Peter Thiel and Marc Andreessen and a newer addition, Drew Houston, CEO of Dropbox Inc. and a friend of Zuckerberg’s.

Including Ken Chenault, the former CEO of American Express Co. who has been a director since 2018, the Facebook board is now 30% black.

A California board diversity law, passed in 2018, would have required Facebook to have three female directors by 2021. Women accounted for about 45% of new board seats among Russell 3000 companies based in California, compared with about 31% nationwide, according to data compiled by Bloomberg.

Almost half of the open spots at Standard & Poor’s 500 Index companies went to women last year, and for the first time they made up more than a quarter of all directors. In July, the last all-male board in the S&P 500 appointed a woman.