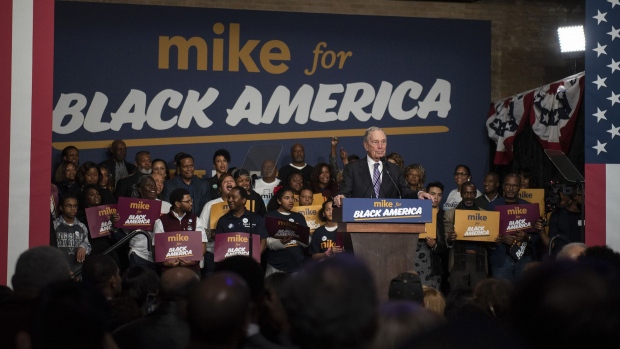 Facebook Inc. is trying to clarify how it will handle a new wrinkle in the world of digital political advertising: politicians paying influencers to post on social media platforms like Instagram, which it owns.

In the past, political entities were technically barred from offering money for posts, which has become a common practice for marketers. But Facebook is changing its policy after a New York Times report this week about how Michael Bloomberg’s presidential campaign is paying Instagram creators to make and distribute posts making him “look cool.”

A company spokeswoman said Facebook has heard from multiple campaigns about the subject, and wanted it to be easy for users to identify paid political speech, whether it was direct advertising or branded content. “Branded content is different from advertising, but in either case we believe it’s important people know when they’re seeing paid content on our platforms,” the spokeswoman said.

Now Facebook is stepping up enforcement of rules — which had been inconsistent —  requiring influencers to use Facebook’s tool to tag paid posts with a prominent disclaimer. It said Friday it will require users who worked with the Bloomberg campaign to retroactively add these disclaimers to branded posts the campaign sponsored. The Bloomberg campaign didn’t respond to a request for comment.  Facebook will now require political candidates buying branded content to register as political advertisers with the company. Unlike other political ads, branded posts won't end up in Facebook's ad archive unless the politician also pays Facebook to promote the posts.  Elizabeth Warren criticized Facebook for creating a new loophole. "Refusing to catalogue paid political ads because the Bloomberg campaign found a workaround means there will be less transparency for the content he is paying to promote. Mike Bloomberg cannot be allowed to buy an election with zero accountability," she wrote on Twitter.

The emergence of political branded content is a reminder of how hard companies have to work to keep up with the changing landscape of political speech.  These posts, also known as sponsored content —  or, if you must, “sponcon” — have pushed the boundaries of advertising for the last half-decade or so.

Regulators have complained for years that they often do so without explaining that they’re being paid. In 2017, the Federal Trade Commission sent dozens of letters to influencers and marketers requiring them to disclose any “material connection” that someone pitching a product had to advertisers. The commission is currently reviewing its endorsement policies, with an eye toward social media. “We may need new rules for tech platforms and for companies that pay influencers to promote products,” FTC commissioner Rohit Chopra wrote on Twitter this week. While Bloomberg’s campaign has drawn unprecedented attention to political branded content, he isn’t the first politician to fall for the charms of social media influencers. And as more money pours into political advertising in coming months, there will likely be candidates and other political entities willing to explore any potential advantage.  Gil Eyal, the chief executive of Hypr, a company that helps marketers find influencers for sponsored content deals, said he’s noticed a recent wave of interest from political entities. “We’ve had a lot of inquiries about how we can do this,” he said. He declined to name anyone who had contacted him, and said they’ve turned down the proposals. “We truthfully say this isn’t our forte,” he said. “I think they underestimate how hard this is to do.”  Main Street One, a New York-based startup, has been pitching Democratic and progressive organizations on influencer campaigns for months as a way to drown out online disinformation. It has run several such experiments. Late last year, it helped run an influencer campaign promoting Cory Booker funded by United We Win, a Democratic super PAC. This sparked a debate among influencers about whether accepting money from politicians was appropriate, and whether doing so would be bad for their personal brands.   Curtis Hougland, Main Street One’s chief executive officer, said the group doesn’t always pay influencers for posting — it’s also seeking out volunteers. But those it does pay can get as much as $500 per post. Finding the right influencers, he said, is a side-door way to effectively target messages. The company might pay more, he said, for posts from someone whose followers are clustered in a particular geographic region, or who fall into some other demographic they’re trying to reach.  The response has been mixed, said Hougland, with some potential clients concerned that the risk of such campaigns outweigh the benefits. In his view, mobilizing left-leaning social media influencers is the best way to reach voters in a distracted and messy online media environment. “Can we live with that risk tolerance?” he said. “I think by being less precious we can be more effective.”

To contact the author of this story: Joshua Brustein in New York at jbrustein@bloomberg.net

To contact the editor responsible for this story: Molly Schuetz at mschuetz9@bloomberg.net, Andrew Pollack