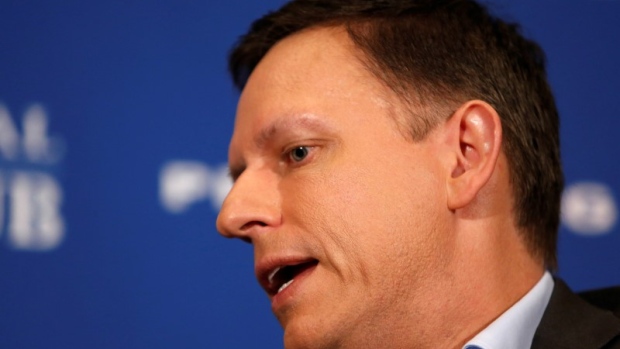 Thiel, who is a member of Facebook's board, had already sold more than US$1 billion worth of its stock before the filing made on Tuesday.

The only major name in Silicon Valley to back U.S. President Donald Trump, some have called for Thiel’s removal from Facebook’s board. Chief Executive and co-founder Mark Zuckerberg has said he should stay, citing the importance of diversity of opinion at the company.

A Facebook representative called Thiel’s sales routine and said there was nothing new to say about the billionaire' s seat on the company's board.

Representatives for the venture capitalist could not immediately be reached for comment.

Thiel co-founded payment service PayPal and is known for funding the Hulk Hogan lawsuit that led to the shutdown of online news site Gawker. He became a Facebook investor in 2004 with an initial investment of US$500,000 at a US$5-million valuation.

When Zuckerberg took the company public in 2012, Thiel sold 16.8 million shares at the IPO for about US$640 million. Later the same year, he sold roughly 20 million of his remaining 26 million shares for US$400 million after the expiry of a lockup.

He hit the market once again in 2016 to sell a little less than one million shares for about US$100 million.