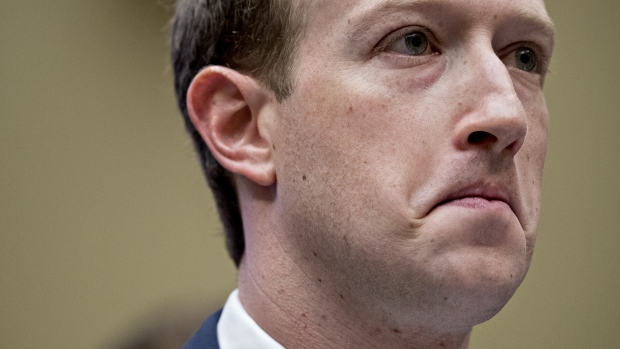 Facebook Inc.’s (FB.O) price target was slashed to US$170 from US$215 at Needham on Friday, which cited a number of potential headwinds, including "continued margin pressure (and headline risks) in the U.S. tied to data protection efforts." Facebook is down 0.4 per cent pre-market 3,500 shares.

There are "rising risks associated with growing global scrutiny, which may drive additional litigation costs and/or regulatory oversight," analyst Laura Martin wrote to clients. She also cited the outlook for "minimal" earnings growth in 2019 and 2020, along with slower growth in Europe and a risk of higher taxes in France.

Needham kept its buy rating on the stock, citing Facebook’s dominance in mobile ads and the company’s "world class" data. Martin added that Facebook has a "pristine balance sheet that can withstand virtually any macro volatility."

Separately, German broker DZ Bank downgraded Facebook to sell and cut its price target to US$115 from US$145, the lowest target on the Street.

Analysts have been cautious about Facebook for the past several months, as it has faced a number of controversies. Earlier this week, the social-media company was sued by the District of Columbia over a privacy breach. And the New York Times reported that Facebook let more than 150 companies access more personal data from users than it had previously disclosed.

Facebook has 41 buy ratings from analysts, along with 8 holds and 4 sells, according to Bloomberg data. The average price target is US$187, which implies upside of more than 40 per cent from current levels.