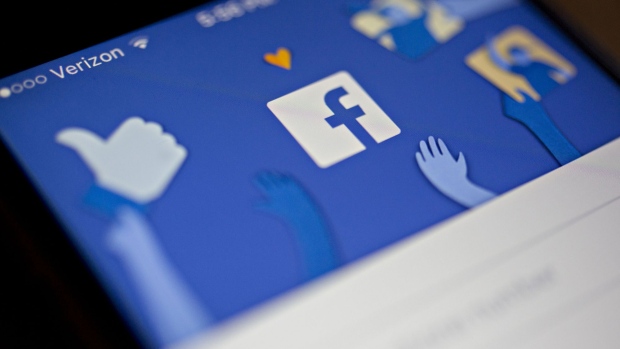 The Facebook Inc. application is displayed for a photograph on an Apple Inc. iPhone in Washington, D.C., U.S., on Wednesday, March 21, 2018. Facebook is struggling to respond to growing demands from Washington to explain how the personal data of millions of its users could be exploited by a consulting firm that helped Donald Trump win the presidency. Photographer: Andrew Harrer/Bloomberg , Bloomberg

The social media company’s lobbying outlays represented a 6.7% increase from last quarter and a 3.9% increase compared to the third quarter of 2020. The amount outpaced other technology giants like Amazon.com Inc, Microsoft Corp. and Alphabet Inc.’s Google.

Facebook is facing challenges in Washington on several fronts, including fresh scrutiny from lawmakers considering legislation to strengthen privacy rules for internet companies and protections for children online. The whistle-blower’s revelations allege that Facebook understood the risks its platforms posed to users and society at large, while downplaying those risks in public.

The whistle-blower, Frances Haugen, a former Facebook product manager, filed complaints with the Securities and Exchange Commission, alleging that the company and its executives misled investors.

Lawmakers are also working on bipartisan antitrust legislation that would have serious implications for Facebook’s business practices. And the Menlo Park, California, company is facing a challenge from the Federal Trade Commission over its previous acquisitions of the photo-sharing platform Instagram and the messaging service Whatsapp.