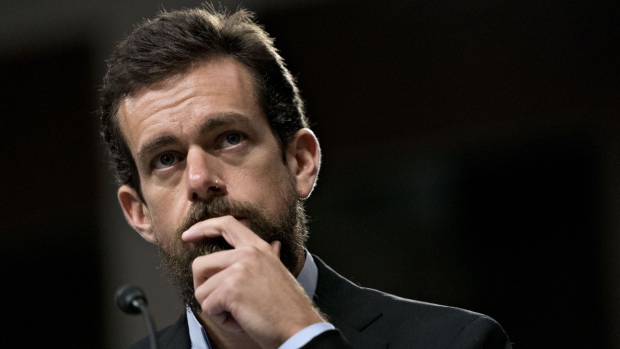 Senate Republicans are demanding to hear in person from the chief executive officers of Facebook Inc. and Twitter Inc. to discuss alleged censorship of political news, a sign of escalating tension over social media treatment of a New York Post article concerning Hunter Biden.
Senate Judiciary Chairman Lindsey Graham and GOP Senator Ted Cruz told reporters Thursday morning that they will vote next Tuesday to subpoena Twitter’s Jack Dorsey to appear before the committee.

Earlier Thursday, Senator Josh Hawley, a Republican from Missouri, sent letters to Facebook’s Mark Zuckerberg and Dorsey inviting them to testify in Washington before the Nov. 3 election. Hawley later told reporters he would consider subpoenaing them if necessary.

Hawley claims the companies potentially violated campaign laws by suppressing a New York Post article accusing Democratic Presidential candidate Joe Biden of links to a Ukrainian executive. “As your company is no doubt aware, corporations are forbidden from contributing anything of value—financial or otherwise -- to support the election of candidates for public office,” Hawley wrote.

The request to testify comes after Twitter and Facebook curbed the spread of the article Wednesday by placing restrictions on sharing the link and putting a warning notice before linking to the article amid uncertainty over the veracity of the report’s claims. Both companies also prohibit the posting of materials that have been hacked or leaked. Facebook and Twitter were blasted by U.S. President Donald Trump and Republican lawmakers who accused the companies of censorship.

The Post story Wednesday said emails purportedly from Hunter Biden show he introduced his father, who was vice president at the time, to an executive at a Ukrainian energy firm. The paper claims the communication contradicts an assertion by Joe Biden that he hasn’t spoken to his son about his business dealings. But the email doesn’t detail the extent of the meeting or whether Biden spoke to his son about it. It also doesn’t say definitively whether Biden actually met the executive. The Biden campaign said the former vice president never met the executive.

Facebook has warned that the U.S.’s foreign adversaries, including Russia, may seek to trick journalists into amplifying hacked or inaccurate content they want to spread ahead of an election. Nathaniel Gleicher, Facebook’s head of cybersecurity policy, reiterated the point again Wednesday on Twitter, “given this morning’s news cycle.” He didn’t directly say whether this was why Facebook took action on the New York Post content.

“I think suppressing information is reprehensible, whether one approves of the information or not,” McConnell said in response to a reporter’s question at a press conference in Kentucky. “If you selectively suppress information, that’s censorship. And in this country, we’ve always advocated competition of ideas. All the ideas aren’t necessarily good, but you debate them out,” he said.

Zuckerberg, Dorsey and Sundar Pichai, the CEO of Google parent Alphabet Inc., are due to testify before another Senate committee in an Oct. 28 hearing focused on the liability shield for user content that their companies benefit from under Section 230 of the Communications Decency Act. They’re also due to discuss privacy.

The executives are appearing voluntarily, although the Senate Commerce panel voted to subpoena them if they didn’t testify.

Trump has called for the repeal of Section 230 in response to the platforms’ moves.

So terrible that Facebook and Twitter took down the story of “Smoking Gun” emails related to Sleepy Joe Biden and his son, Hunter, in the @NYPost. It is only the beginning for them. There is nothing worse than a corrupt politician. REPEAL SECTION 230!!! https://t.co/g1RJFpIVUZ

His administration is pursuing an effort to curb the shield, which he says enables the companies to suppress political speech. Allegations of bias against conservatives, which the companies deny, have also spawned a litany of bills to rein in Section 230 in Congress, including multiple bills from Hawley.

House Republican leader Kevin McCarthy told reporters on Thursday that “it is time to scrap” Section 230.

“It is imperative that our information channels are open and Americans can access stories by the press from their own social circles,” said McCarthy, whose party is in the minority in the House.

Senator Richard Blumenthal, a Connecticut Democrat, told reporters that he had favored a limited reform of Section 230 to crb online sex trafficking and allow for expanded liability, but cautioned against a broadbrush approach.

“The reform of Section 230 should be done with a scalpel, not a meat ax,” said Blumenthal, who criticized current Republican efforts to repeal the shield as a political move ahead of the election and an effort to intimidate technology companies.

The American Principles Project, a Trump-allied group that attacks large technology companies, called on the administration to fill vacancies at the Federal Election Commission, which the president has left without a quorum to conduct business. Some conservatives, including Hawley, have asked the FEC to look into the social media companies’ actions in recent week as violations of election laws.