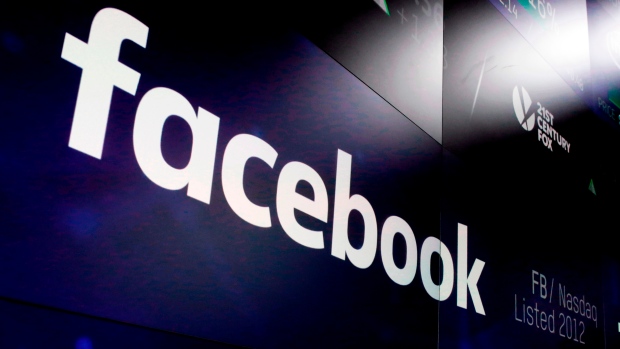 In this March 29, 2018, file photo, the logo for Facebook appears on screens at the Nasdaq MarketSite in New York's Times Square. , AP Photo/Richard Drew, File

The headset will go sale in spring 2019 for US$399, complete with hand controllers to give people a sense of presence in virtual reality, Facebook Chief Executive Officer Mark Zuckerberg said Wednesday at the Oculus Connect conference in San Jose, California. People are more likely to use a technology that they can wear while moving around freely, Zuckerberg said.

Facebook sees VR, a technology that immerses users in a virtual environment, as the next great advance in human communication, after mobile phones. The social-media company acquired Oculus VR, a headset company, in 2014. Facebook wants people to use VR to do more than play games -- it has created virtual spaces for users to hang out and watch movies together, for example, or experience events.

That vision may take a while to materialize. Last year, Zuckerberg explained that Facebook’s goal is to eventually get 1 billion people into virtual reality. On Wednesday, he kicked off his presentation by giving an update on the slow progress.

“We have this saying at Facebook that the journey is only 1 per cent finished, and in this case, not even quite,” Zuckerberg said, drawing laughs from the audience.

The Quest is the latest in a line of VR products that meet different needs. The Oculus Go, a US$199 headset that works without being tethered to a computer, went on sale in early 2018. The Oculus Rift is a US$399 headset that requires a connection to a personal computer, and the US$130 Gear VR goggles work by attaching them to a Samsung Electronics Co. phone. In the future, any game made for Oculus will work on any of the devices, Zuckerberg said.

Zuckerberg’s speech promoting the future of Oculus came as two of Facebook’s other acquired properties are facing turmoil. The founders of photo-sharing application Instagram said on Monday that they were leaving Facebook, six years after their company was bought. Their departures came after months of tension with Zuckerberg over the direction of the product. On Wednesday, Brian Acton, co-founder of WhatsApp, spoke for the first time about why he left, telling Forbes that Zuckerberg didn’t keep the promises he made during the US$22 billion acquisition of the messaging app.

Facebook let the properties operate mostly independently for years, though recently the company has become more reliant on the divisions to contribute to the overall business. Stronger growth at WhatsApp and Instagram would give Zuckerberg more resources to invest in his vision for virtual reality, and eventually augmented reality -- the technology that overlays virtual objects on the real world.