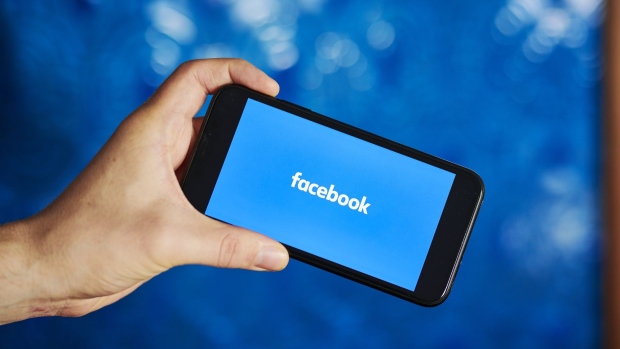 Facebook Inc. signage is displayed on an Apple Inc. iPhone in an arranged photograph taken in the Brooklyn Borough of New York, U.S., on Sunday, Jan. 26, 2020. Facebook Inc. is scheduled to release earnings figures on January 29. Photographer: Gabby Jones/Bloomberg , Bloomberg

(Bloomberg) -- Facebook Inc. users asked a judge to approve a $550 million settlement in their class-action lawsuit that claimed the social-media giant illegally gathered biometric data through a photo-tagging tool.

The class members will get from $150 to $300, or between 15% and 30% of the possible recovery on an individual claim, according to their lawyers. The settlement provides “excellent value” and “dwarfs every previous settlement” in a U.S. consumer privacy class-action suit, the lawyers said in a filing Friday.

The users’ endorsement of the settlement comes as U.S. District Judge James Donato in San Francisco expressed skepticism over the recovery amounts given that the Illinois privacy law, which the company was accused of infringing, sets a “benchmark” of $1,000 to $5,000 for damages arising from privacy violations.

“If you’re not going to hit those, I need a good explanation for why the discount has been made, particularly if the discount gets to be steep,” he said at a February hearing.

The users agreed to the reduced damages because they haven’t suffered any economic loss and didn’t seek a multibillion-dollar settlement, their lawyers said. Facebook could have also asked the court to reduce damages after a potential trial, according to the lawyers.

“A verdict for the class here might lead to a damages award of several billions of dollars,” the lawyers said. “Facebook is surely one of the few companies who could absorb such a judgment, but it could make a persuasive case that such an award is disproportionate to any privacy harm caused by the Tag Suggestions or Face Recognition tool.”

Facebook users can “tag” others in a photo posted on the social network. Facebook then creates a link to that person’s profile. Facebook’s photo tag suggestions come from collecting facial recognition data from other photos.

The company agreed to turn off the facial recognition feature for class members and delete existing user biometric information unless they consent to turn on the feature within 180 days after the settlement is finalized, the lawyers said.

The users’ lawyers also sought $981,000, and additional expenses billed during the settlement negotiations, as attorneys’ fees. “There is no ‘clear sailing’ provision, and Facebook may challenge the fee and expense request if it desires,” the lawyers said.

Facebook proposed the deal in January in an attempt to avert a trial and resolve the privacy dispute.