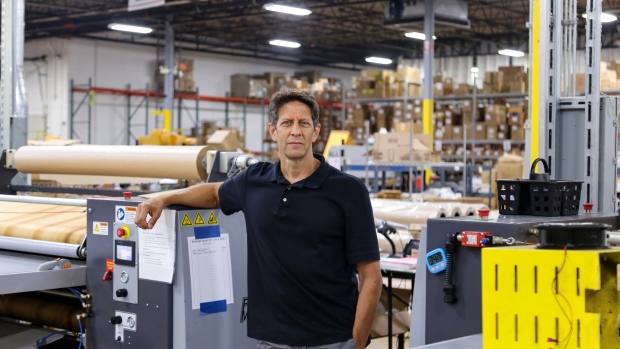 As the economy picks up, America’s warehouse and factory owners increasingly find they can’t fill jobs without boosting meager wages.

E-commerce is driving a surge of orders, with U.S. manufacturing expanding in August at its fastest pace since late 2018. That has employers racing to bulk up staff to keep production rolling and satisfy demand.

“Ultimately it’s going to be a permanent change that these lower-end workers are going to get more money,” said Mike Skordeles, an economist with SunTrust Banks Inc. People won’t relocate or travel great distances for a low-paid job, so wages will have to rise, he said.

Jobs numbers released Friday, ahead of the long Labor Day weekend to celebrate American workers, showed that while the unemployment rate dropped more than expected -- to 8.4 per cent -- millions are still without work.

In a Chicago suburb, e-commerce retailer Jim Tuchler expected the pandemic would at least bring a little relief in the competition for talent at his firm, Gifts For You. He immediately needs 10 more workers to help engrave and ship personalized gifts.

He previously just aimed to match market wages but this year he’s trying to beat competitors by boosting starting pay to US$14.25 an hour from US$12, plus offering bonus pay for sticking around.

Pay increases are surfacing against a bleak backdrop. While joblessness has fallen from its April peak above 14 per cent, it’s still at a high level.

“It just doesn’t make sense,” said Richard Wahlquist, chief executive of the trade group American Staffing Association. “It’s an employment market like no one in our industry has ever seen.”

The labor-shortage paradox comes even as manufacturing employment is still down around 720,000 workers since before the pandemic started in February, said Chad Moutray, chief economist at the National Association of Manufacturers.

It suggests the ample supply of available labor hasn’t necessarily cured the nation’s skills gap, where workers don’t have the qualifications employers need, and the pandemic probably will speed up the use of robotics that’s already under way, Moutray said.

Online retailer CJ Pony Parts in Harrisburg, Pennsylvania, tries to fulfill orders from Ford Mustang and Jeep fanatics the same day it receives them. A shortage of workers, though, is keeping it from hitting its goal by 40 per cent some days, said President Mike Large.

“You’ve got every temp agency on speed dial and no one shows up,” he said.

For now, staffing firm Hire Dynamics, based in a north Atlanta suburb, has orders to fill more open jobs than at anytime in its history, Chief Executive Officer Billy Milam said. Many of his clients have introduced US$2-an-hour pandemic bonuses on top of the usual US$12 wage, with one offering a US$5-an-hour hike for a short period to recruit workers.

Milam’s firm recently put up a tent outside its strip mall storefront to host “drive-up” job fairs. Potential employees afraid of contracting Covid-19 could apply without leaving their cars.

The pay hikes at many warehouses and factories around the country track with broader, recent figures showing wages are rising the most in low- and middle-income jobs.

The federal government’s weekly US$600 stipend for jobless workers at the outset of the pandemic is a sore spot for many manufacturing and staffing executives, who insist it has thwarted their hiring efforts. The benefit expired July 31, although President Donald Trump last month signed an executive order that provides an extra US$300 to most recipients and some states have begun paying out the additional sum.

Another factor impacting available labor is the large number of furloughed employees expecting to be called back to their former jobs.

In August, 45 per cent of the jobless considered their status short-term, far higher than the about 15 per cent who ordinarily consider their unemployment temporary, said Jed Kolko, chief economist at jobs site Indeed.

Still, some workers stand ready to sign on if the money is right.

Haley Marketing, a consultant to the staffing industry, recently studied warehouse jobs in eastern Pennsylvania and found that applicants responded to high pay even during the pandemic. Jobs paying US$12-US$14 an hour received 45 per cent fewer applicants from May to July than they did during the same period last year, but positions paying US$17 an hour got 25 per cent more response from a year ago.