The impact of Biden's executive orders on the railroad industry

Output at U.S. factories unexpectedly declined in June against a backdrop of persistent supply shortages, particularly at automakers, and soaring materials costs.

The 0.1 per cent decrease followed a 0.9 per cent gain in May, Federal Reserve data showed Thursday. Total industrial production, which also includes mining and utility output, climbed 0.4 per cent in June after a revised 0.7 per cent gain a month earlier. 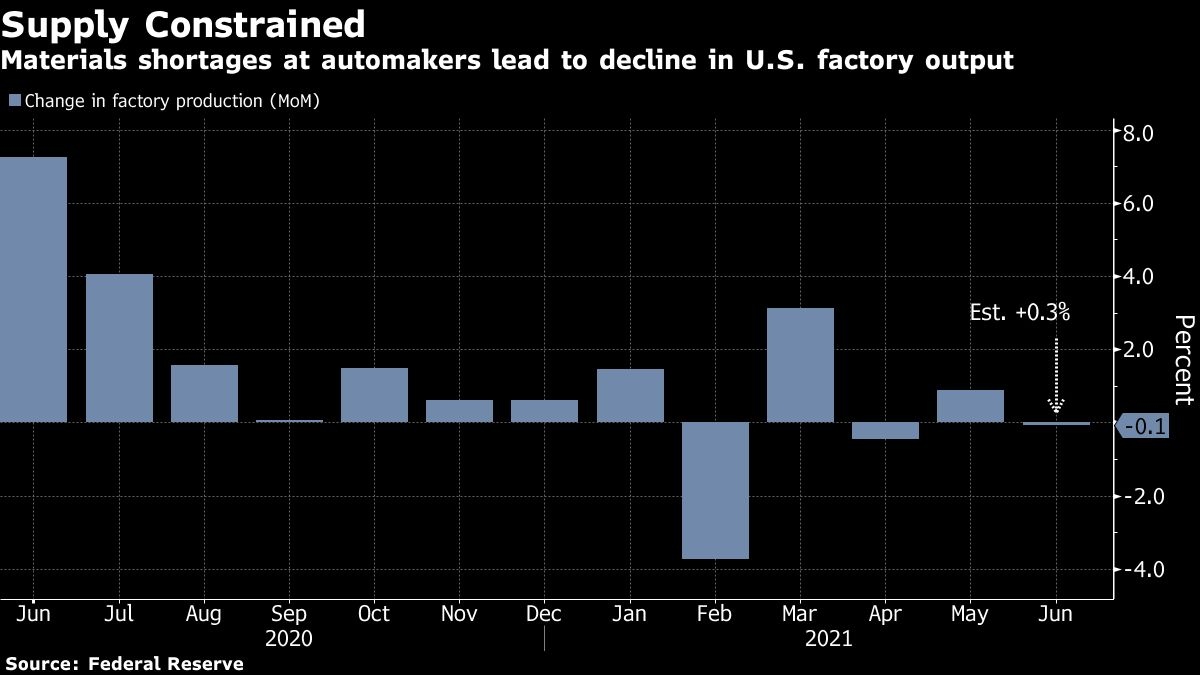 The median estimate in a Bloomberg survey of economists called for a 0.3 per cent monthly increase in factory output and a 0.6 per cent gain in industrial production.

While robust consumer spending and business investment are keeping factory order books full, production has been restrained by lean supplies of materials, shipping delays and a lack of skilled workers. The latest data show that the Fed’s index of factory output remains below pre-pandemic levels despite a sharp snapback in the economy.

Manufacturers are also grappling with higher input prices. The Labor Department said Wednesday that the core producer price index, which excludes food and fuel, climbed in June by the most in data back to 2010.

Survey data from two Fed districts earlier on Thursday were mixed. The New York Fed index of business activity climbed to a record high, while the Philadelphia Fed gauge of manufacturing in that region showed growth moderated.

Production of motor vehicles slumped 6.6 per cent last month after a 7.3 per cent increase a month earlier. U.S. automakers have been constrained by a global chip shortage, resulting in lean inventory on dealer lots. Excluding autos and parts, manufacturing rose 0.4 per cent after a 0.5 per cent advance.

Factory output in the second quarter increased an annualized 3.7 per cent despite a 22.5 per cent rate of decline in motor vehicle and parts production, the Fed said.

Manufacturing capacity utilization, a measure of plant use, eased to 75.3 per cent, while total industrial capacity edged up to 75.4 per cent.