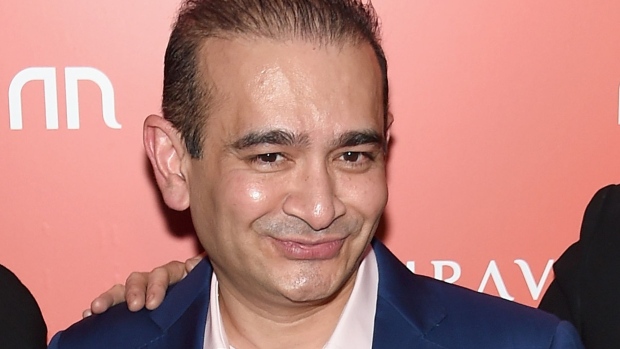 (Bloomberg) -- Disgraced diamond tycoon Nirav Modi’s extradition to India would severely impact his mental health and be a “flagrant denial of justice,” his lawyers said at a London court hearing.

Modi is accused of defrauding Punjab National Bank of $2 billion over seven years. The one-time billionaire applied to the U.K. High Court to appeal his extradition on the basis he wouldn’t receive a fair trial in India.

Modi’s drawn out extradition is the most high-profile since Vijay Mallya, the flamboyant businessman, who lost his appeal against his transfer to India. Should India successfully get Modi to face the charges it’ll be seen as a victory for beleaguered Prime Minister Narendra Modi whose handling of the coronavirus pandemic has hit his popularity.

Modi is severely depressed and requests the the extradition be blocked on mental health grounds, his lawyer, Edward Fitzgerald, said in documents prepared for Wednesday’s hearing. Being sent to India would only worsen Modi’s suicidal feelings and would land him in a “covid-rich prison” in Mumbai where appropriate health care is limited, he said.

“We just don’t know what kind of regime he will have,” in the Indian prison, Fitzgerald said. It would be “oppressive” to extradite the businessman.

Modi was once a jeweler to the stars -- Kate Winslet wore a Modi bracelet and earrings to the Oscars -- and operated boutiques around the world.

But since his arrest in March 2019, the 50-year-old has been repeatedly denied bail after judges feared he was a flight risk.

U.K. government lawyers said in court documents there were no reasons to allow Modi to appeal the earlier decision and asked the judge to toss the application.

Earlier this year, a London judge dismissed Modi’s argument that he would face an unfair trial if he were extradited to India. Even if his current appeal attempt fails, Modi still has legal options to remain in the U.K.