Canada's trade deficit widens to $2.1B in November

Canada’s merchandise trade deficit widened to the largest in six months in November as crude oil prices tumbled, adding to evidence the economy is entering into a soft patch.

The nation posted a $2.1 billion shortfall during the month, more than double the $851 million trade gap in October, Statistics Canada reported Tuesday in Ottawa. Exports fell 2.9 per cent in November, for the biggest one-month decline in over a year, as oil shipments plunged 18 per cent.

The sudden slump in oil prices has sidetracked what had been an improving export performance last year, leading to what is expected to be a temporary slowdown for the Canadian economy on falling export receipts and the impact of production shutdowns in Alberta to deal with transport bottlenecks.

The weakness also seems to have spread beyond energy, as shipments outside of that sector also declined in November by 1.4 per cent. Exports were down in eight of 11 sectors tracked by Statistics Canada during the month. 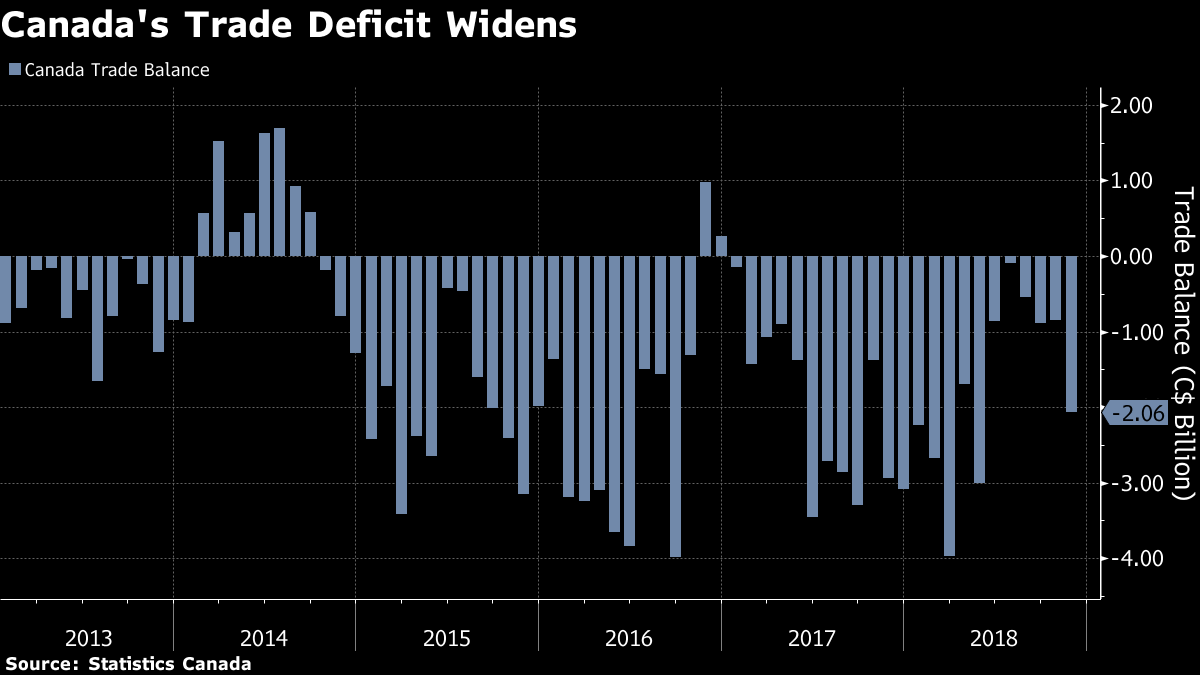 Falling prices meanwhile were only partially responsible for the drop in shipments. Exports in volume terms fell 1.8 per cent in November, including a 1.6 per cent drop in non-energy exports.

The trade deficit was in line with the median economist forecast of $2.15 billion, from an initially reported October deficit of $1.17 billion. The country remains on pace to produce its lowest trade deficit in four years in 2018.

Statistics Canada also reiterated its next trade report may be hampered if the partial U.S. government shutdown continues, because it relies on American data to calculate exports.