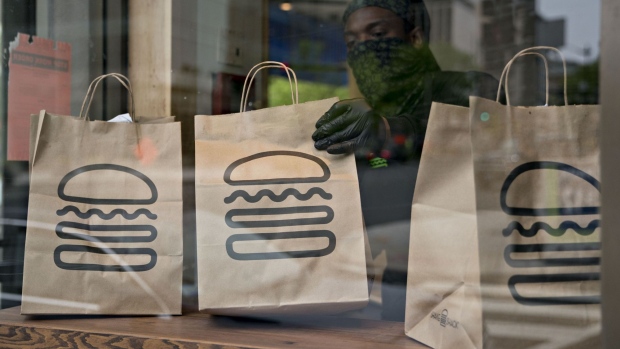 American meatpackers are benefiting from one bright spot in the restaurant industry during the pandemic: fast-food sales.

With most restaurants closed or operating at reduced capacity, customers have flocked to places including McDonald’s and Burger King, where they can simply drive through to grab food. That’s helped Cargill Inc.’s protein sales to food-services business to return to near normal, while Sanderson Farms Inc. is encouraged by the chicken-sandwich rivalry among quick-service restaurants, or QSR.

Americans used to spend more than half of their food budget eating out before the virus struck, locking down cities from New York to Los Angeles and shuttering restaurants. Consumer behavior shifted, and businesses adapted to more online sales and increased delivery options.

“Our food-services business is pretty close to being back to where it was,” said Jon Nash, head of North America protein for Cargill, the third-largest U.S. beef producer. “The only places where we continue to see things being impacted is more fine dining, but the QSR space has been very strong.”

The turnaround boosted the meat industry, which was initially roiled by lower sales to restaurants. Companies have also come under fire this year for the way they handled the coronavirus crisis after processing plants became hot spots. Meatpackers faced scrutiny amid investigations and lawsuits involving price-fixing allegations, especially in the chicken industry.

Same-store sales at fast-food restaurants in November rose 1.1 per cent from a year earlier after plunging more than 20 per cent in April, according to a MillerPulse index. Figures may improve more in 2021, with McDonald’s planning faux-meat burgers and a new crispy chicken sandwich early next year, competing with Chick-fil-A Inc. and Popeyes Louisiana Kitchen Inc.

“We are encouraged by reports of a chicken sandwich war in 2021,” Joe Sanderson, chief executive officer of Sanderson Farms, the third-largest U.S. chicken producer, said Dec. 17 on an investor call, alluding to a major fast-food restaurant building inventory ahead of a sandwich rollout.

Chicken-breast prices in November climbed to US$3.41 a pound, the highest in more than five years, according to U.S. Department of Agriculture data.

The rebound in fast-food demand has focused on lunch and dinner. Breakfast sales are still suffering because people aren’t traveling to work or taking children to school in the same way as they did prior to the pandemic, Cargill’s Nash said. Even with a second wave of the coronavirus, Nash said he was upbeat.

“I’m pretty optimistic,” he said. “We are going to continue to see pretty robust demand.”

While U.S. drive-thru shops performed strongly in the virus economy, a bigger recovery in the food-services sector will be tied to a vaccine and the economy returning to normal, Nash and Sanderson said.

“I don’t think any of that’s going to happen until the vaccine is widely distributed, and people start going out to eat again,” Sanderson said. “The vaccine is an important determinant,” Nash said. “As that goes, we will see people willing to travel more, eat out more and let lose more and have some fun. It’s been a tough time for many many people around the world.”