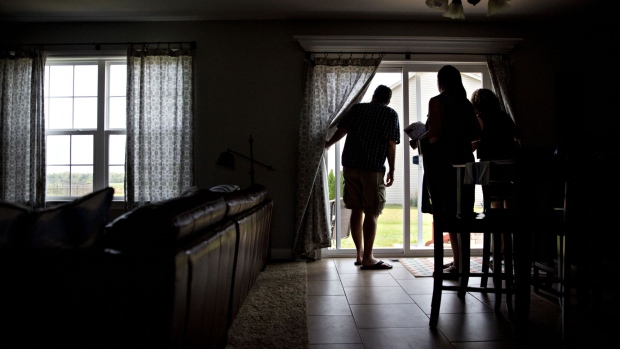 (Bloomberg) -- Mortgage payments are claiming a bigger chunk of incomes for U.S. homebuyers, who also have to contend with quickly rising prices.

The monthly mortgage bill on a typical existing single-family home with a 20% down payment rose to $1,383 in the first quarter, up $319 from a year earlier, according to the National Association of Realtors. Families typically spent 18.7% of their income on loan payments, up from 14.2% in the first quarter of 2021.

Meanwhile, the median price of an existing single-family house surged 15.7% from a year earlier to $368,200, the Realtors group said in a report Tuesday. It was a faster pace than the 14.3% gain in the previous quarter.

The pandemic housing rally continues to fuel price growth as buyers battle over a critically tight supply of listings. Now, mortgage rates that have climbed at the fastest pace in decades are forcing more would-be homeowners to delay their searches. That may help cool the market by easing competition.

“Given the extremely low inventory, we’re unlikely to see price declines, but appreciation should slow in the coming months,” Lawrence Yun, the Realtors group’s chief economist, said in the statement. “I expect more pullback in housing demand as mortgage rates take a heavier toll on affordability.”

Of the 185 metropolitan areas measured by the group, 70% had double-digit price gains, up from 66% in the prior quarter. Of the top 10 areas with the biggest annual increases, half were in Florida.