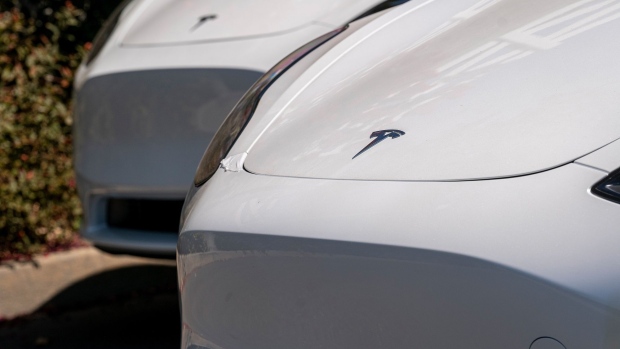 (Bloomberg) -- The US National Highway Traffic Safety Administration is investigating a fatal crash involving a 2022 Tesla Model S that may have had its automated driving system activated.

The accident in Newport Beach, California, killed three people earlier this month, according to details provided Wednesday by NHTSA. The electric vehicle hit a curb and slammed into construction equipment, leaving the car totaled, the Orange County Register reported.

The collision is the 42nd included in NHTSA’s Special Crash Investigation of advanced driver assistance systems like Tesla Inc.’s Autopilot. The broader probe began in 2016 after a fatal accident in Florida involving a Model S that was operating with its automated driving system activated.

Tesla vehicles have been involved in all but seven of the advanced driver assistance systems that have been added to NHTSA’s investigation.

Tesla, which has disbanded its media relations department, didn’t respond to a request for comment.