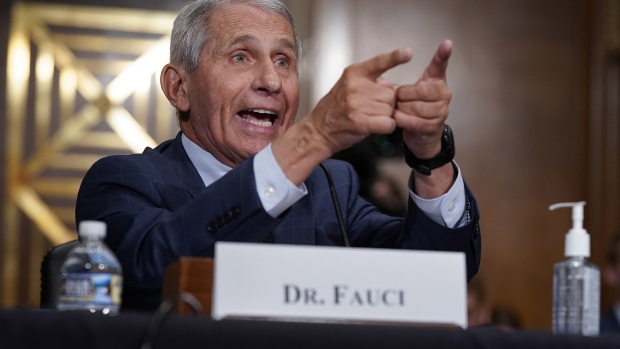 “The likelihood of your getting a severe outcome of the infection is very low,” Fauci said on CBS’s “Face the Nation.” “It is much more likely that you will be either without symptoms or minimally symptomatic. So the vaccine is doing what you want it to do. It’s protecting people from getting sick.”

Fauci spoke after a week marked by uncertainty, alarm and allegations of missteps by the Biden administration over the rapidly accelerating outbreak and the delta variant fueling it.

Infections have increased five-fold from just a month ago, with states like Florida hitting record case numbers for the entire pandemic. Hospitalizations and deaths are also rising nationally but not as high as during previous peaks.

On Tuesday, the Centers for Disease Control and Prevention reversed its earlier position and said fully vaccinated people should go back to wearing masks indoors in places where infections are rising. In May, with hopes high that Americans would embrace vaccinations more fully, the agency heralded a return to normal life by loosening mask recommendations for the fully vaccinated.

The turnaround was not just the increasing spread of cases caused by the delta variant among the unvaccinated. The agency revealed data that raised questions about protection offered by vaccines themselves, though vaccines remain overwhelmingly effective against serious illness and death. Of the 163 million fully vaccinated people in the U.S., 6,239 have been hospitalized and 1,263 have died, the CDC says.

But in an outbreak on Cape Cod in July, about three quarters of the cases, primarily caused by the delta variant, were among the fully vaccinated. No one died and only seven people were hospitalized.

The outbreak also suggested that inoculated people had similar amounts of virus in their body as unvaccinated people, implying they could spread the disease more easily than previously thought.

Fauci said this was the “fundamental basis” for the CDC’s renewed recommendation of masks.

“When you are in an indoor public setting, you need to wear a mask,” he said.

He said it is crucial more people get vaccinated to halt the virus’s spread, despite their misgivings.

“You understand people feeling that they have the individual right to make their own decision, and I respect that,” he said. “But the issue is, if you’re going to be part of the transmission chain to someone else, it’s not only impacting you. And you’ve got to think about it, that you are a member of society. You have a responsibility.”