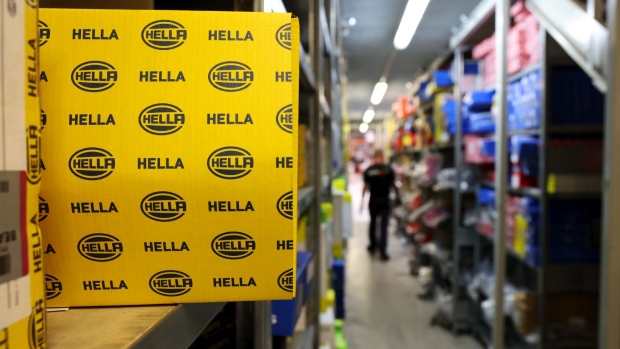 (Bloomberg) -- Faurecia SE is exploring the sale of some non-core assets after completing its purchase of German automotive supplier Hella GmbH, according to people familiar with the matter.

The French auto parts group is working with advisers as it weighs selling its emissions-control unit and Hella’s special applications division, the people said, asking not to be identified discussing confidential information.

The emissions business may fetch about 500 million euros ($534 million), while the Hella unit could be valued at as much as 1 billion euros, the people said.

Deliberations are ongoing and no final decisions on whether to proceed with the disposals have been taken, according to the people. A representative for Faurecia didn’t immediately respond to requests for comment.

Faurecia agreed to buy Lippstadt-based Hella for 6.8 billion euros last year to gain expertise in power and battery electronics, as well as radar sensors for autonomous-driving systems. Automotive suppliers continue to reshape their business as the industry’s shift to electric cars with advanced-assistance systems intensifies with a range of countries planning to ban sales of combustion-engine cars.

A strategic review of Hella’s special applications business, which supplies lighting and electronic components to customers ranging from makers of construction machinery to boat builders, was announced in April.