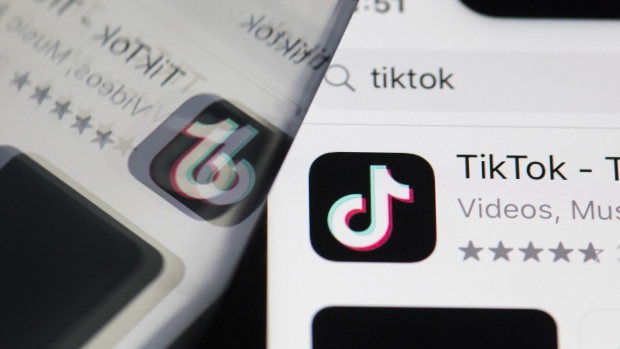 (Bloomberg) -- A member of the US Federal Communications Commission pushing for Apple Inc. and Google to remove the popular Chinese-owned video app TikTok from their app stores will have a tough time getting the companies to do so.

The FCC doesn’t regulate the stores and Brendan Carr is a Republican on the agency controlled by Democrats. Its agenda is set by Chairwoman Jessica Rosenworcel, who was appointed by President Joe Biden.

In a letter to Apple and Google that was disclosed Tuesday, Carr called TikTok “a sophisticated surveillance tool that harvests extensive amounts of personal and sensitive data.”

The FCC didn’t immediately reply to a request to comment. TikTok, Apple and Alphabet Inc.’s Google declined to comment.

TikTok has been under pressure from US officials over whether Americans’ private data gathered through the app could be handed over to the authoritarian regime in China -- something TikTok has said it would never do.

Former President Donald Trump tried to ban the app and force parent ByteDance Ltd. to sell TikTok’s US business over what he claimed were security risks when he was president. The action was challenged in court and Biden revoked Trump’s ban in June 2021.

In the US, TikTok has been installed 321.6 million times, and generated $694.3 million in consumer spending, which may translate to about $208.3 million in fees for the Apple and Google app stores, according to SensorTower, which analyzes app growth.