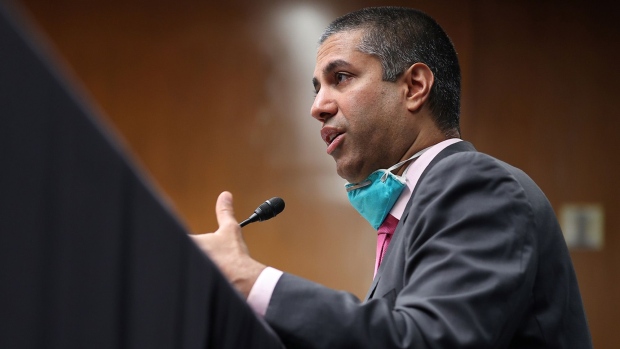 The FCC will begin a rulemaking to “clarify” the meaning of a law that gives broad legal immunity to social media companies for their handling of users’ posts, Pai said in an emailed statement.

The action follows a request by the Trump administration for regulators to dilute the decades-old law that Facebook Inc., Twitter and Google say is crucial.

The request was called for in an executive order that Trump signed in May. Tech trade groups, civil liberties organizations and legal scholars have slammed the action and said it isn’t likely to survive a court challenge.

Pai in his statement that “many advance an overly broad interpretation that in some cases shields social media companies from consumer protection laws.”