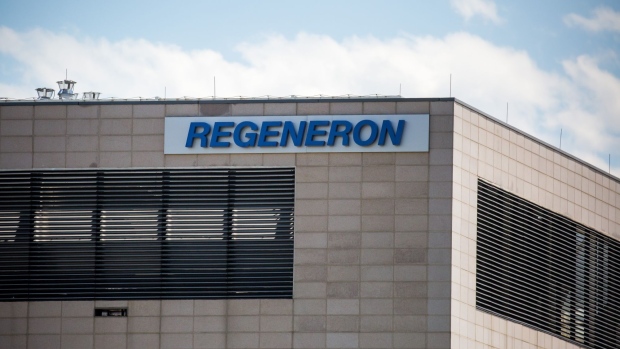 (Bloomberg) -- The Food and Drug Administration is poised to halt use of a pair of monoclonal antibody therapies that are believed to be ineffective against the omicron variant, according to people familiar with the matter, a move that will lead the federal government to pause shipments of the treatments to states.

The drugs, from Eli Lilly & Co. and Regeneron Pharmaceuticals Inc., aren’t believed to help in cases of patients infected with omicron, which is the overwhelmingly dominant strain in the U.S. Another monoclonal antibody, from GlaxoSmithKline Plc and Vir Biotechnology Inc., is believed to be effective.

The FDA change is expected imminently, said the people, who spoke on the condition of anonymity ahead of an announcement. One of the people said the agency would say the therapies aren’t authorized for use at this time. The FDA declined to comment. The news was reported earlier by the Washington Post.

Meanwhile, supplies of new treatment options are ramping up. The U.S. last month started shipments of two Covid-19 pills -- Pfizer’s Paxlovid, and another developed by Merck & Co with Ridgeback Biotherapeutics LP -- as well as a pre-exposure drug meant for those for whom vaccines aren’t effective.

The two treatments from Eli Lilly and Regeneron were hailed as breakthroughs earlier in the pandemic, but the mutations present in the omicron variant have largely sidelined them. Health officials continue to urge people to get vaccinated to lower their chances of severe Covid-19, but have pointed to the availability of treatments in distinguishing the current surge in cases from earlier waves of the pandemic.