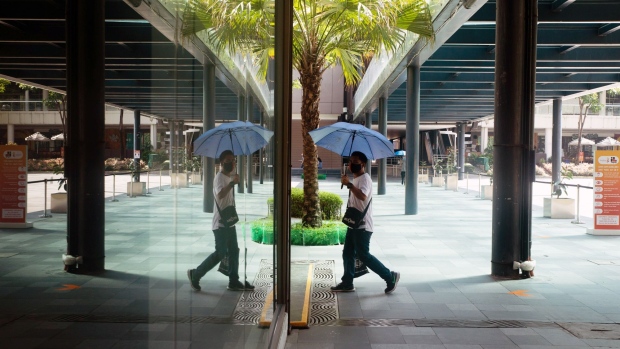 A pedestrian wearing a protective mask walks through a deserted precinct in Bonifacio Global City, Metro Manila, the Philippines. on Monday, July 27, 2020. In his annual address to lawmakers today, Philippine President Rodrigo Duterte is expected to unveil an economic recovery roadmap. At the start of the coronavirus outbreak, Duterte said the disease would “die a natural death.” Five months later, the pandemic is raging, the economy is facing a deep contraction, and his political future could be at stake. Photographer: Geric Cruz/Bloomberg , Bloomberg

More than half of workers around the world are worried about losing their jobs, according to a survey measuring labor-market insecurity wreaked by the coronavirus crisis.

The poll of 12,430 people for the World Economic Forum showed 54 per cent of them are either “very concerned” or “somewhat concerned” that their employment will cease in the next year. Respondents were from 27 countries spread around the world, including almost all of the Group of 20 economies.

The report highlights the collective angst about livelihoods that the coronavirus crisis is breeding just as a new surge in infections in Europe underscores the persistence of the pandemic. The International Labour Organization estimated last month that the damage caused was equivalent to 500 million jobs in the second quarter.

Russians exhibited the deepest unease, with 75 per cent of respondents revealing concern about their employment. In Germany, by contrast, the equivalent outcome was just 26 per cent.

The survey by Ipsos of working-age adults, taken between Sept. 25 and Oct. 9, also asked if they can learn and develop skills for the jobs of the future from their current employer. Spain scored highest, with 86 per cent of respondents saying so. Japan, Sweden and Russia were lowest, with fewer than 50 per cent replying that they can learn such skills on the job. 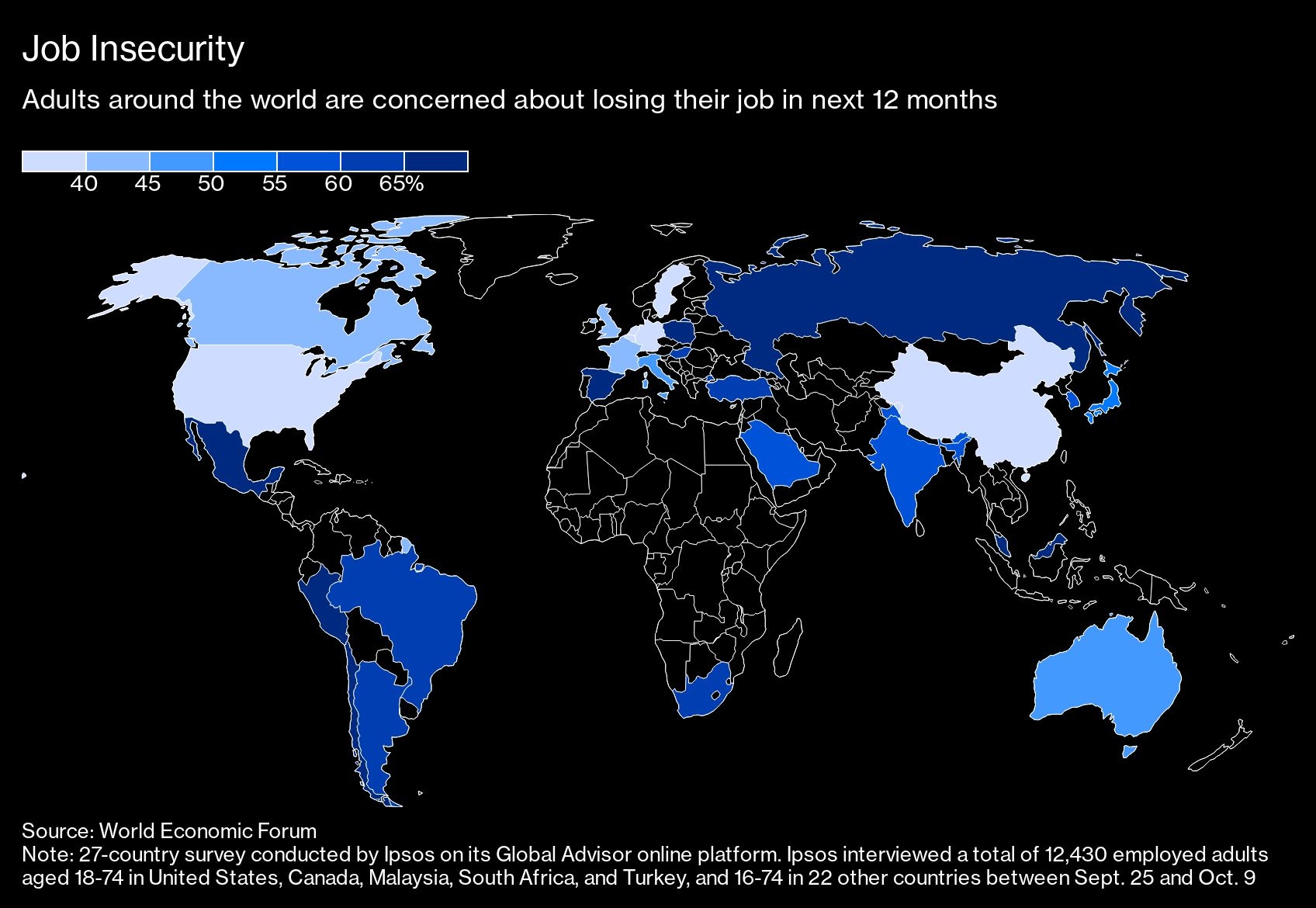