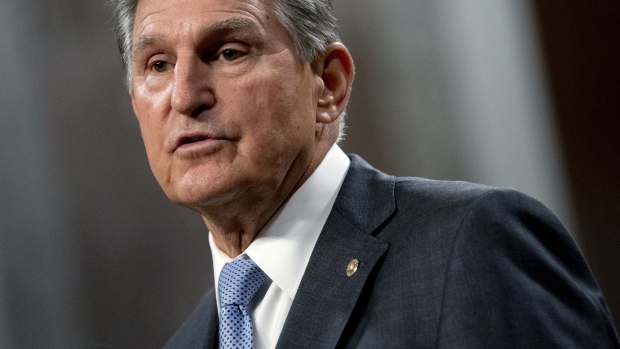 Senator Joe Manchin, a Democrat from West Virginia, speaks during a news conference in the Dirksen Senate Office Building in Washington, D.C., U.S., on Wednesday, July 28, 2021. A bipartisan group of senators and the White House reached a tentative agreement on a $550 billion infrastructure package, a significant breakthrough in the drive to muscle through Congress a massive infusion of spending for roads, bridges and other critical projects. , Bloomberg

No topic splits the green movement as much as nuclear energy. Gas? “Transition fuel” to some, “fossil gas” to others. But no matter the term, everyone agrees that it is still a fossil fuel. And fossil fuels must go, sooner rather than later.

Nuclear power? To some it is worse than fossil fuels, to others the one true alternative. Its advocates and opponents can be unpredictable.

Senator Joe Manchin, a Democrat from West Virginia with a long history of fighting climate measures, wants to expand a tax credit as part of the Build Back Better legislation that keeps nuclear plants operating. It’s the kind of measure — and messenger — that’s bound to get at best lukewarm support from green groups. Most are either against nuclear power or have, of late, largely remained silent. They shouldn’t be as reticent.

If Manchin’s support of this credit means passage of Build Back Better’s climate package, others in support of the wider measure should take the deal. Equally important, nuclear power itself deserves a second look as a low-carbon technology.

The longstanding opposition of environmentalists to nuclear power is understandable. Nuclear’s history, after all, is intimately intertwined with the history of the environmental movement itself.

The modern environmental movement both in the U.S. and elsewhere came of age against the backdrop of the global threat of all-out nuclear war. When Rachel Carson needed a vivid example to demonstrate the dangers of the overuse of DDT as an insecticide in the opening chapters of her bestseller Silent Spring, published in 1962, she compared DDT’s effects to that of Strontium-90 and the fallout from nuclear tests.

Take this anti-war base, add to it a hefty dose of anti-corporatism, a helping of anti-capitalism, and a pinch or two of “small is beautiful,” and most environmentalists’ attitude toward nuclear power becomes a fait accompli.

The opposing argument was long considered just that: opposed to the broad, environmentalist consensus. It had been reserved for self-styled “techno-optimists,” “eco-pragmatists,” “eco-modernists,” and others who make a point of distinguishing themselves from broad swaths of the movement. Rare is the environmentalist, like Stewart Brand, who turned from vehemently opposing nuclear power to actively supporting it.

Brand not only supports nuclear power but also solar geoengineering research — attempts to alter the Earth’s reflectivity and cool it without directly cutting CO₂. (Full disclosure, I once shared a stage with him at an MIT Media Lab event aptly named “Forbidden Research.”)

There are, of course, legitimate concerns about nuclear proliferation and reactor safety. The nine Chernobyl-style reactors that are still operating in Russia today should have been shut down a long time ago, despite the modifications made after the 1986 Chernobyl disaster. Equally important, Western regulators would have never allowed them to be built. Japanese regulations and safety provisions, in fact, helped ensure that the 2011 Fukushima accident led to no loss of life and “no adverse health effects among Fukushima residents” from radiation exposure.

While the accident re-kindled fears among German Greens and led to the country’s nuclear exit this year, eight years before its coal exit, the response in France, the U.S., and elsewhere was quite different. No matter where, though, the real fear for most opposed to nuclear power appears to be that supporting it is a distraction from rapid solar and wind deployment.

Some of that fear is justified, when limited funds are at stake: support nuclear power in exchange for less support for solar and wind. That does not appear to be the case with Senator Manchin’s support for nuclear tax credits as part of Build Back Better. He supports these tax credits in addition to the existing (pared down) climate measures now on the table.

Taking the existing Build Back Better climate provisions and adding more support for nuclear energy would be a true addition to overall decarbonization efforts. It’s time for environmental groups to support it, and in the process turning the feared “moral hazard” argument on its head.

Imagine a major green group long opposed to the technology coming out publicly and saying point blank: “We still don’t like nuclear, and neither should you. But it’s so late in the climate game, that we must now consider even that technology.”