Disappointment over the U.S. August payroll report is all but certain to push Federal Reserve policy makers to delay considering a move to scale back asset purchases at their Sept. 21-22 meeting.

Officials wants to see “substantial further progress” in jobs and inflation, and the hiring slowdown -- blamed on a flare-up in COVID-19 cases -- means moves in November or December are now more likely.

“This report puts September off the table,” said Julia Coronado, a former Fed economist and president of MacroPolicy Perspectives.  “A tapering later this year is still the base case, and the data over the next few months will be important in determining when that is announced and the pace of the tapering.” 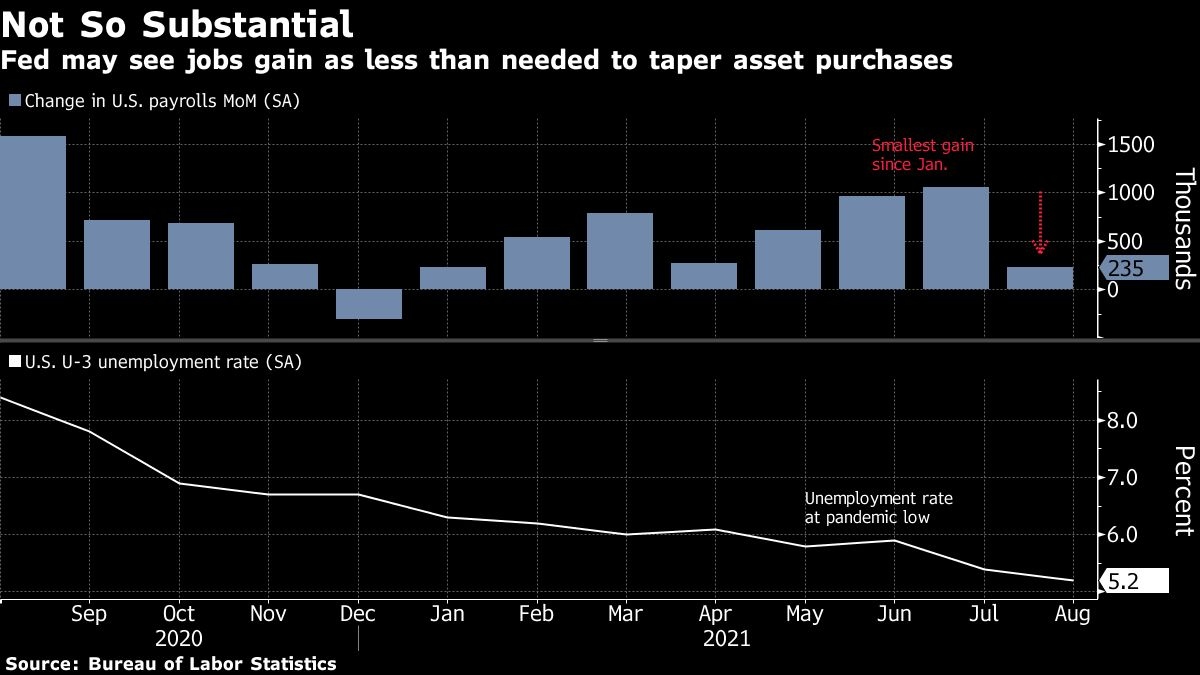 At the July Federal Open Market Committee meeting, most Fed officials agreed it would probably be appropriate to begin tapering the central bank’s US$120 billion-a-month bond-buying program before the end of the year, according to a record of the gathering.

Some regional Fed presidents have been pushing for a move as soon as September. Others have argued for patience to assess the economic impact of a rise in COVID infections stemming from the spread of the delta variant.

“The sharp slowdown in hospitality and even retail job creation can be seen as evidence that the delta variant is having an impact on the job market, and that will probably suggest some caution,” said Roberto Perli, a partner at Cornerstone Macro LLC and a former Fed economist. “Some of the members who wanted to taper early or fast might tone down their rhetoric a bit.”

Fed Chair Jerome Powell, in his Jackson Hole symposium speech on Aug. 27, said that the labor market had made “clear progress,” and he expected the gains to meet the goal of  “substantial further progress” needed for tapering later this year. Yet the tone of his remarks suggested he was in no hurry to move, even before Friday’s jobs report.

Fed officials are likely to see details of the report as disappointing, including the size of the labor force. While the unemployment rate dropped slightly -- to 5.2 per cent -- officials have stressed that is just one consideration in judging the tightness of the job market.

Labor-force participation-- the share of Americans who are employed or looking for work -- remained at 61.7 per cent, and for women age 25 to 54, the participation rate edged down. 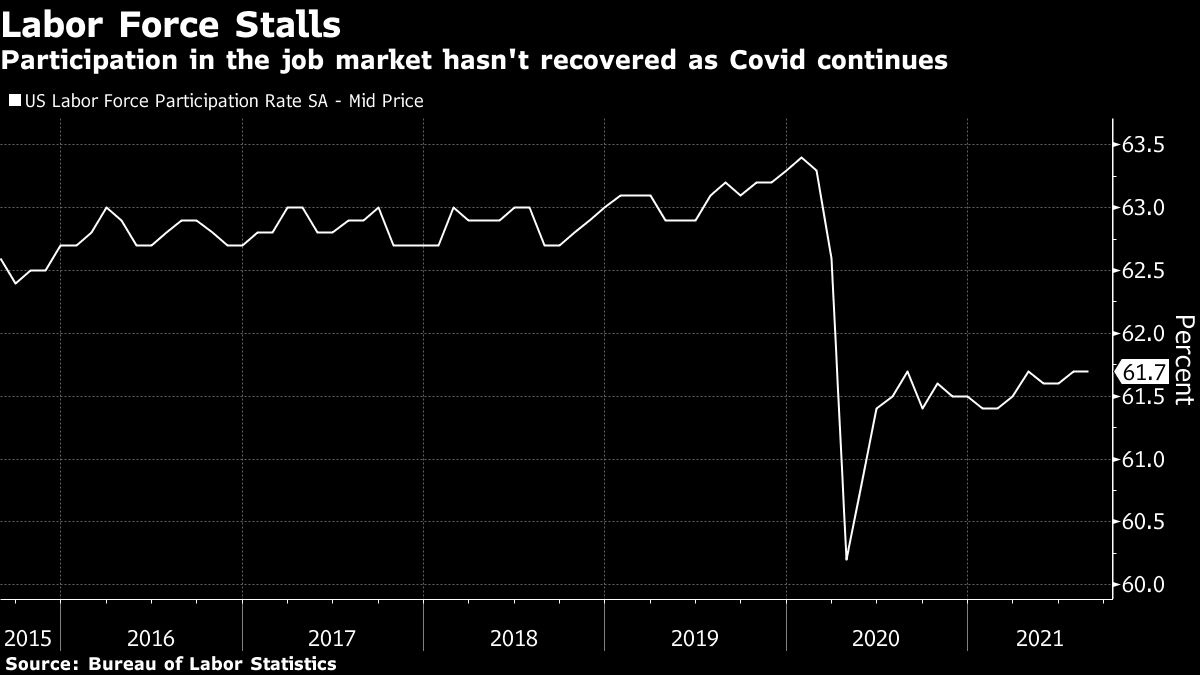 Some of the more hawkish Fed officials might also express increased concern over rising wages in the latest report contributing to a wage-inflation cycle, though Powell has downplayed those concerns. Average hourly earnings rose 0.6 per cent last month, twice as much as forecast though possibly a reflection of the composition of August employment.

Economists’ attention is likely to shift to the Nov. 2-3 FOMC meeting, though that could be complicated by the fact that policy makers will only have one more report, for September, in hand by then.

“We still think a November taper announcement is in play but provided that the data bounce and the weakness, mostly due to delta, proves temporary,” Bank of America economists wrote in a report.