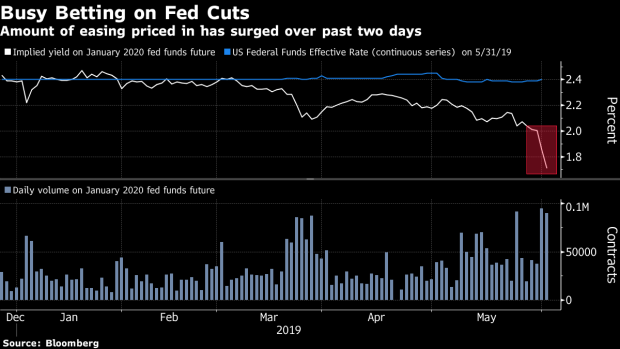 The January contract is at an implied yield of about 1.72 per cent, compared with the current effective fed funds rate of 2.40 per cent. The implied yield on the same contract was more than 28 basis points higher on Thursday, before U.S. President Donald Trump’s tariff threats against Mexico and broader concerns about riskier assets roiled markets.

Historically, the Fed has often moved in increments of 25 basis points, meaning that the market is now pricing in one more standard-sized cut than it was less than a week ago. Volumes on the contract have also increased in recent days.