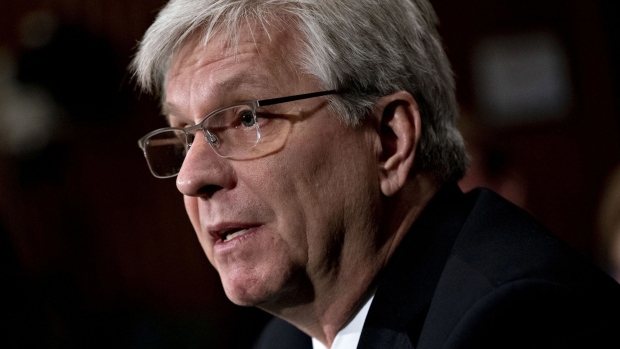 Federal Reserve Governor Christopher Waller said he is “highly skeptical” about the need for the U.S. central bank to develop a digital currency.

“While CBDCs continue to generate enormous interest in the United States and other countries, I remain skeptical that a Federal Reserve CBDC would solve any major problem confronting the U.S. payment system,” Waller said in the text of remarks prepared for delivery Thursday to the American Enterprise Institute. The Federal Reserve Board stepped up its engagement on the possibility of a central bank digital currency in May when Chair Jerome Powell said the central bank will issue a paper outlining the Board’s thinking on digital payments “with a particular focus on the benefits and risks associated with CBDC in the U.S. context.” Powell said the central bank will also seek public comment on issues related to payments, financial inclusion, data privacy, and information security. The Boston Fed is also studying technologies around digital payments in conjunction with Massachusetts Institute of Technology in Cambridge, Mass.

Waller’s remarks show the debate is far from resolved at the Fed Board.

Randal Quarles, the vice chair of supervision, said in a June 28 speech that a Fed digital currency “could pose significant and concrete risks” while the benefits are unclear. Governor Lael Brainard last week said that it “doesn’t sound like a sustainable future” if the U.S. didn’t have a digital currency in the international payments system while other large economies forge ahead.

Waller set out to dismantle many of the arguments advocates make for a U.S. CBDC. He said the current payment system has nationwide reach and pointed to both private and Fed innovations to speed it up. “Facilitating speedier payments is not a compelling reason to create a CBDC,” he said.

Without referring to Brainard, Waller said he saw no reason why the dollar wouldn’t continue to dominate the international payment system even if other nations started using digital currencies for cross-border contracts.

“I see no reason to expect that the world will flock to a Chinese CBDC or any other,” he said. “Why would non-Chinese firms suddenly desire to have all their financial transactions monitored by the Chinese government?”

In terms of financial inclusion, using survey data he estimated that only a fraction of the unbanked -- who add up to around 1% of U.S. households -- would be interested in a CBDC.

“It is implausible to me that developing a CBDC is the simplest, least costly way to reach this 1% of households,” he said.

Finally, in terms of lowering the cost of bank services, he said “private-sector innovations might reduce the markup charged by banks more effectively than a CBDC would.”

“The competition of a Fed CBDC could disintermediate commercial banks and threaten a division of labor in the financial system that works well,” Waller said. “I am left with the conclusion that a CBDC remains a solution in search of a problem.”

China, Sweden, South Korea, Russia and Japan all have digital currencies in the pilot or development stage, according to the Atlantic Council tracker.