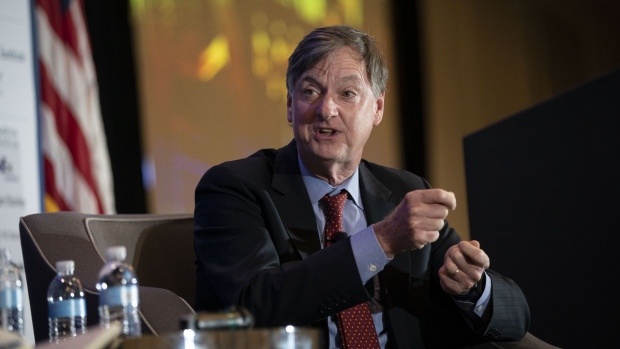 “We’re at a target range of 3 to 3.25%,” Evans told reporters Wednesday after a talk at the London School of Economics, referring to the US central bank’s benchmark lending rate.

“That is beginning to move into restrictive territory, but with inflation as high as it is, and getting inflation under control being job one, it’s not nearly restrictive enough,” Evans said.

The Fed has been tightening monetary policy quickly this year in a bid to bring inflation down from the highest levels in four decades. Higher US interest rates have helped put upward pressure on the dollar, contributing to turmoil in global markets.

On Sept. 21, the rate-setting Federal Open Market Committee hiked its benchmark federal funds rate by three-quarters of a percentage point for the third meeting in a row, taking it above 3% for the first time since before the 2008 financial crisis.

The Chicago Fed chief, who does note vote on FOMC decisions this year, said global market volatility “can add to additional financial restrictiveness,” but suggested it’s not enough to knock the Fed off its current course.

“The risks continue to be high about more persistent inflation, and we just really need to get inflation in check,” Evans said.

“I am nervous about the fundamentals for the economy. I think that they are still good -- I think the labor market is still good -- but we need to be mindful of deterioration,” he said. “And we need to have quite a substantial amount of indication of that before you can seriously weigh that against the very high inflation that we’re facing now.”