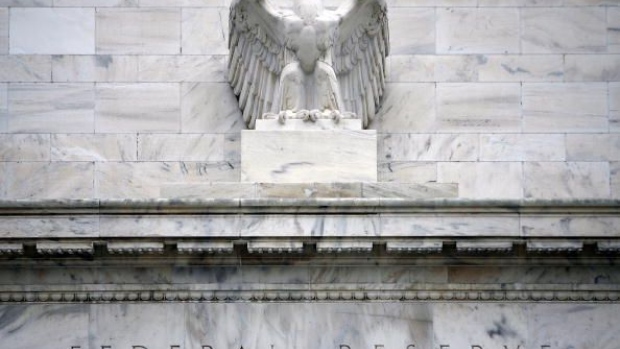 The Fed may soon have a new battle on its hands. , Photographer: Chip Somodevilla/Getty Images North America

Federal Reserve officials don’t like to talk about asset inflation.

This is hardly surprising. The levels of stocks and corporate bonds, after all, aren’t part of their stated dual mandate of maximum employment and stable prices. Moreover, the central bank has tried desperately to come off as not just catering to Wall Street interests since the 2008 financial crisis. Fed Chair Jerome Powell has emphasized the importance of its “Fed Listens” forums, for one. Just last week, the New York Fed detailed a new event series called “The Fed and Main Street,” which aims “to discuss the challenges faced by vulnerable communities and highlight opportunities to work together toward an equitable economic recovery.”

Such a statement sounds a little tone-deaf after the events of the past few months. The coronavirus pandemic has caused tens of millions of lower-paid and disproportionately black and Hispanic Americans to lose employment income while protests continue across the U.S. against systemic racism and police brutality. The Fed, meanwhile, has been given the lion’s share of credit for the V-shaped recovery in asset prices after increasing its balance sheet by US$3 trillion and seizing control of bond markets.

To further point out the contrast between Main Street and Wall Street:

This is a huge discrepancy that will have serious implications for the American economy should it persist. The Fed’s own data show that slightly more than half of U.S. households (about 65 million) own stocks in some form, with a median value of US$40,000. But that doesn’t come close to telling the whole story. A Securities Industry and Financial Markets Association analysis from October breaks down holdings even further, which is best represented with a chart:

In the Fed’s own words, wealth tends to increase “because of the feedback effect on higher incomes from the returns generated by accumulated assets.” Meanwhile, ownership of equities “varies substantially” based on race. More than 60 per cent of white families own stocks, either directly or through a retirement account, compared with 31 per cent and 28 per cent for black and Hispanic families, respectively. This follows directly from the large gap in median net worth among the groups:

So, the wealthiest Americans, who own the largest share of financial assets, are reaping the biggest windfalls from the Fed’s unprecedented intervention across financial markets. Meanwhile, according to minutes of the central bank’s December meeting, central bankers heard at their “Fed Listens” forums that retirees were struggling with rising health-care costs and representatives of low- and middle-income communities flagged the increased prices of basic necessities like food, housing and utilities. Their incomes might have gone down lately, but those costs haven’t.

The Fed has no good answer for this. Analysts are already pondering whether the central bank’s US$600 billion Main Street Lending Program, put in place to save U.S. small businesses and tens of millions of jobs, is destined to fail. Bill Dudley, the former New York Fed President and Bloomberg Opinion contributor, spelled out the issue candidly in a Bloomberg TV interview last week:

“The Fed’s monetary policy tools are really about supporting economic activity and driving the economy to higher levels of employment. However, that can actually cause financial asset values to go up, and that can actually exacerbate inequality. The Fed’s choices: not have a recovery, have less inequality; or have a recovery with buoyant financial asset prices and more inequality. The Fed’s tools are just not suited to address the inequality problem. It’s pretty much that binary.

How does the Fed actually get money to millions of households and small businesses? That’s difficult to do operationally. It’s much easier to intervene in the capital markets, where the Fed can rely on counter-parties, primary dealers and others, to essentially help the Fed buy financial assets.”

Torsten Slok, chief economist at Deutsche Bank, put it even more bluntly in a recent report. “Fed balance sheet expansion and banking sector money creation are used for savings and purchasing financial assets,” he wrote. “You can increase the Fed balance sheet and the money supply as much as you want, if the money goes into asset transactions rather than GDP transactions it will not be inflationary.” Except, of course, for asset prices.

It’s important to say that out loud, particularly when Fed officials use euphemisms like providing “liquidity” to the system or restoring “market functionality,” while lamenting a lack of wage growth and inflation in consumer prices. Years of near-zero interest rates and quantitative easing are one reason investment proceeds have increased as a share of total income since the end of the last recession while those from wages and other labor sources have tumbled. It looks as if the Fed’s answer to the coronavirus crisis will only serve to exacerbate those trends.

There are no easy answers. Dudley acknowledged in a Bloomberg Opinion column last week that the Fed has encouraged moral hazard. “This doesn’t seem to be a good road to stay on,” he said. “But getting off it is very difficult. After all, no one wants to risk a depression in order to teach hedge funds, mortgage REITs or mutual-fund investors a lesson.”

Maybe there’s middle ground. Central bankers will probably never do this, but imagine if they explicitly factored asset inflation into their policy decisions and mandate for stable prices. If stocks or other risky investments started to run higher, at a level well beyond their historical rate of return, that would be a signal that they should increase short-term interest rates or shut down bond-buying programs. That, in turn, would increase the cost of credit and could prevent some of the questionable corporate-finance maneuvers from the last expansion — think debt sales used to fund share buybacks, or the prevalence of “zombie firms,” which do little to aid most Americans.

As it stands, the Fed merely monitors undefined “financial conditions.” According to the Bloomberg U.S. Financial Conditions index, they are now just as accommodative as they were when the central bank raised interest rates in March 2018 and December 2018. The same goes for a Bloomberg index that layers indicators of asset-price bubbles — like tech-share prices and the housing market — on top of the original parameters. Why not have a stated target for financial conditions and pledge to take action when it’s breached?

I concede it’s hardly a perfect solution. But at least it’s something, rather than widespread acknowledgment that the current strategy isn’t ideal but that there’s simply no other way. It’s telling that only after the longest U.S. economic expansion in history did job gains reach parts of the population that had been previously left behind. Will those same people have to wait another decade this time around?

Powell and his colleagues need a better answer on asset inflation and income inequality. I’d press the Fed chair on this topic if I were asking questions on Wednesday after the Federal Open Market Committee meeting. Pledging to talk with leaders in low-income communities — and communities of color in particular — is a good first step.

But it’s not enough. The word “unprecedented” is often tossed around when describing the Fed’s interventions in recent months. As of now, it looks as if those actions will also create new extremes between America’s “haves” and “have-nots.”