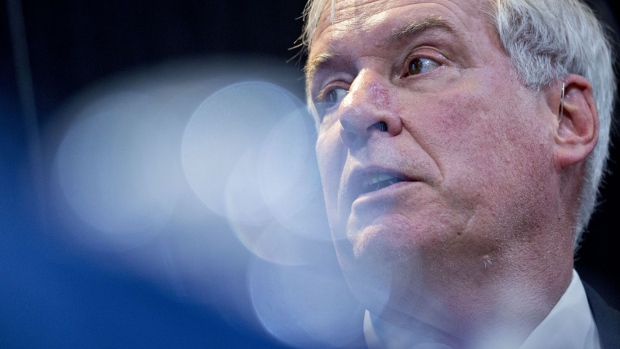 Two senior Federal Reserve officials lamented the U.S. failure to control the coronavirus pandemic, which stood in poor comparison with efforts in other advanced countries and was undermining the nation’s economic recovery.

“Limited or inconsistent efforts by states to control the virus based on public-health guidance are not only placing citizens at unnecessary risk of severe illness and possible death, but are also likely to prolong the economic downturn,” Rosengren told the South Shore Chamber of Commerce in Massachusetts on Wednesday.

Rosengren said resurgences of the virus have led to a slowdown measured by high-frequency economic data. That slowdown, he said, is likely to continue, causing him to worry that an increasing number of temporary layoffs may turn into permanent job losses despite significant fiscal and monetary policy intervention.

“Even as official restrictions relax, many people may prefer to continue avoiding activities that require social interaction in order to protect their own health,” he said. “With such a pattern of behavior taking hold, momentum in the economy toward returning quickly to full employment would likely fade.”

Deaths caused by COVID-19 topped 164,000 as of Aug. 12, with confirmed cases rising 4.1 per cent in the past week, according data collected by Johns Hopkins University and Bloomberg News. The U.S. labor market continued to improve in July as employers added 1.76 million jobs, but Rosengren pointed to fresh data on consumer activity showing retail spending was falling again in areas where the virus was spreading most rapidly.

The Boston Fed chief compared the U.S.’s poor performance in containing the virus to Europe, where many countries cracked down harder on mobility and public activity, causing a sharp economic downturn but leading to a quicker, stronger recovery.

“As a result of this more successful virus-containment policy, visits by Europeans to retail and recreation locations have now experienced a more robust recovery compared with American visits to such locations and are close to their pre-pandemic levels,” he said.

“The rebound continues but, with the resurgence of the virus in a number of locations in the United States, that has muted the rebound,” he later told the Lubbock Chamber of Commerce. “A number of countries around the world have gotten the virus transmission rates to relatively low levels and are recovering at a very rapid rate.”

Kaplan called on U.S. officials to push harder for the widespread adherence to protective behaviors, especially the use of face masks, and said it would also help the nation avoid having to pile up debt.

“I would much rather have a health-care discipline and follow these protocols than keep spending a trillion dollars-plus every three months of money that we’re just going to have to pay back later,” he said.

In a question and answer session that followed his remarks, Rosengren said he “strongly” supported taking additional fiscal action to help businesses and households survive the crisis despite mounting federal government debt. But, he added, more spending should be combined with more robust efforts to contain the virus.

“Taking strong fiscal actions and taking very few public-health actions is completely the wrong mix,” he said. “If you want to actually make sure the debt doesn’t explode you have to make sure we get the pandemic under control,” adding that “it’s much cheaper to wear masks than it is to have fiscal policy.”

Rosengren made a similar point in a Bloomberg Television interview later on Wednesday with Michael McKee, arguing that the country could avoid another lockdown if leaders would take a stand on social-distancing practices.

“It certainly much less costly than a shutdown to take appropriate actions now, but it seems like our political leaders are fairly reticent to take those actions,” he said.

Rosengren also defended the central bank’s Main Street Lending Program, a set of emergency facilities being administered by the Boston Fed. Designed to deliver as much as US$600 billion in loans to small- and mid-sized companies damaged by the pandemic, the program has been criticized for its slow uptake and red tape.

“Some seem eager to suggest that the Main Street program’s modest initial activity is evidence of failure. I completely disagree,” Rosengren said. “As borrowers and banks have become more familiar with the program, we have seen a steady increase in banks submitting loans to our portal.”

“Should the fall bring a resurgence of the virus as many epidemiological models predict, this program may become even more essential,” he added.