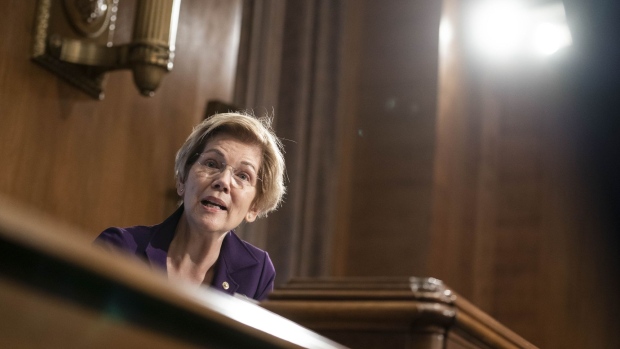 (Bloomberg) -- Progressive groups are doubling down on their push for an aggressive Wall Street watchdog after President Joe Biden delayed a decision about who will serve as the Federal Reserve’s vice chairman for supervision.

President Joe Biden’s long-awaited move to nominate Fed Chair Jerome Powell on Monday didn’t include an announcement of who would fill the watchdog role, which became vacant last month when Governor Randal Quarles’s term expired. Lael Brainard, who was tapped to be vice chair of the central bank, was previously considered a top contender -- so that could mean the regulation job stays vacant into next year.

“The failure to nominate a vice chair for supervision with a strong record on financial regulation in the public interest, is a serious problem,” advocacy group Americans for Financial Reform said in a statement. “President Biden should move quickly to fill all remaining vacant seats, and any new seats that open, with a diverse set of candidates, and break decisively from the approach of drawing senior officials from Wall Street.”

The Fed supervision chair is one of the most powerful banking watchdogs in Washington and will play a key role in the White House’s plans to shape financial regulation. The official helps craft rules and oversees big banks such as JPMorgan Chase & Co. and Goldman Sachs Group Inc. While Monday’s announcement adds to uncertainty about who may be considered for the job, potential candidates include Sarah Bloom Raskin and Raphael Bostic, president of the Federal Reserve Bank of Atlanta, according to policy analysts.

“We believe this opens up the contest to be vice chair for supervision,” Jaret Seiberg, an analyst at Cowen & Co., said in a note.

The leadership vacuum leaves several initiatives on hold, including key bank-capital and leverage rules. It also slows down the ability for the combined regulatory agencies to team up on finishing old business, such as the Dodd-Frank Act’s requirements for new limits on financial executives’ bonuses -- a rule that’s been been delayed for more than a decade.

The supervision chief would presumably also take a major role in erecting new guardrails for the cryptocurrency industry, as the administration seeks to push stablecoins such as Tether into the jurisdiction of bank regulators.

“This position must be filled by a strong regulator with a proven track record of tough and effective enforcement - and it needs to be done quickly,” Warren said in a statement.

Powell has previously said that he’ll defer to the next vice chairman for supervision on policy shifts affecting Wall Street banking.